Who doesn’t enjoy the odd night where you can have a few post work beers, kick back and relax and enjoy some food too? Around the World Bar in Leeds offer this and as the name suggests have a huge selection of world beers to choose from! I was recently contacted and asked if I wanted to review their new menu, of course I was keen to see what they had to offer and try a few of the many different beers! 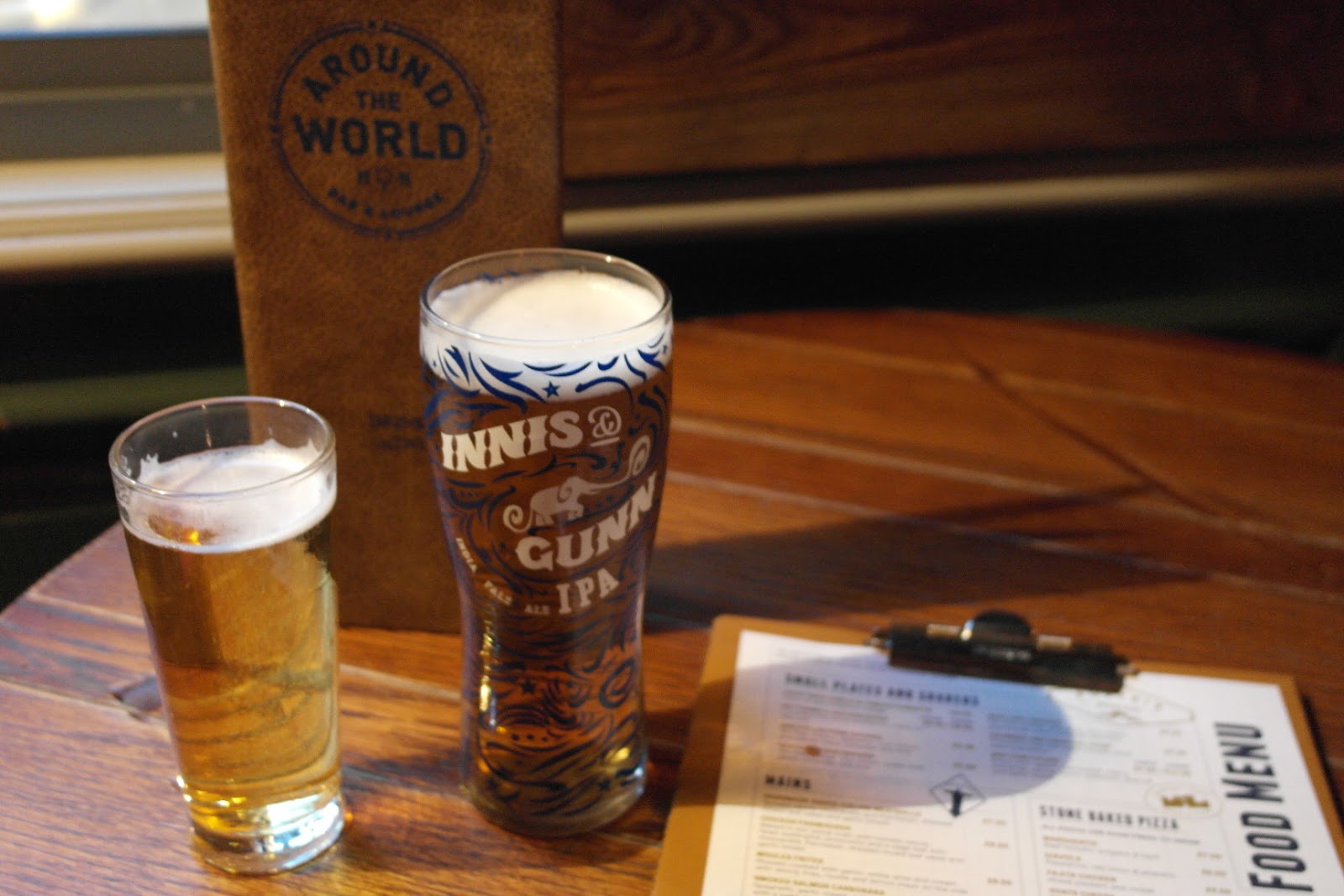 Around the World Bar is situated on the Headrow, where it meets Park Lane in Leeds City Centre and it shares a building with Shooters Sports Bar and Bierkeller in the Basement. This wasn’t my first visit here, I’d been before with friends when it first opened a few years ago, it hasn’t changed that much. 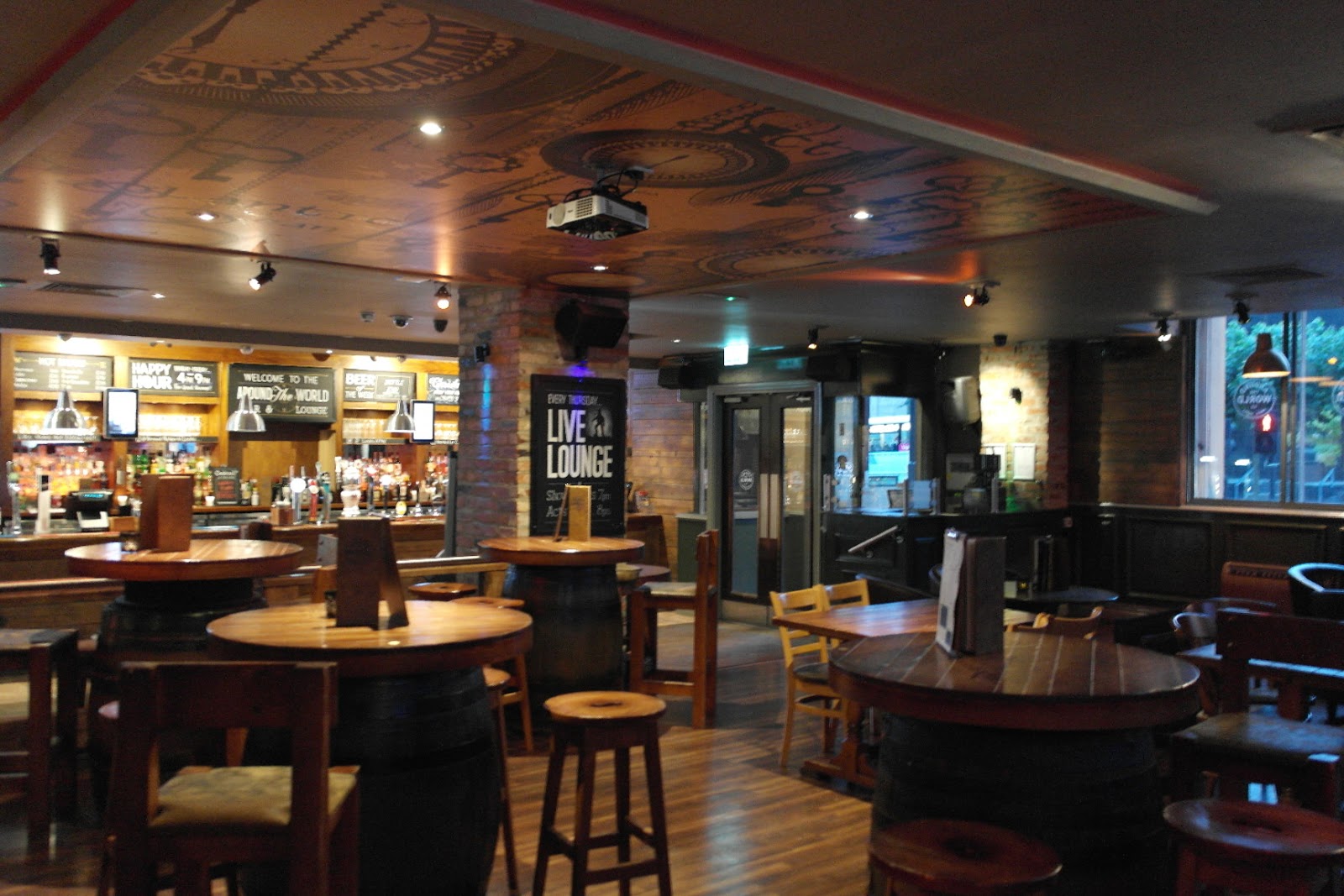 They have a selection of over 100 different beers from 33 countries around the world. They also have a Beer Encyclopedia with tasting notes to help you decide which beer is right for you. On arrival, I asked the bar staff what beer they’d recommend to start. In the end I chose Innis Gun IPA (Scotland) and Sam chose Chang lager from Thailand. We chose somewhere to sit (with good lighting for photos obviously) and looked over the menu. 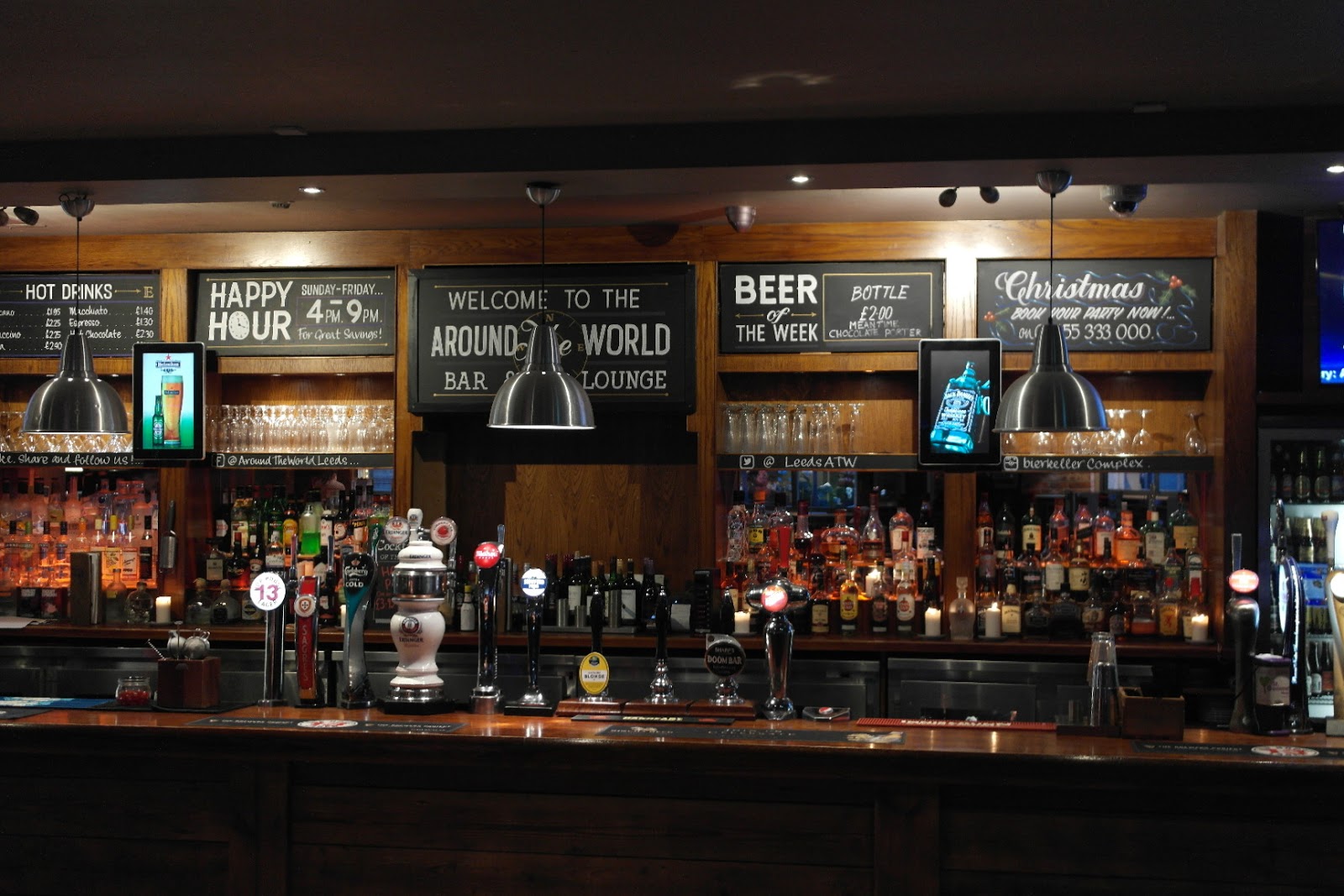 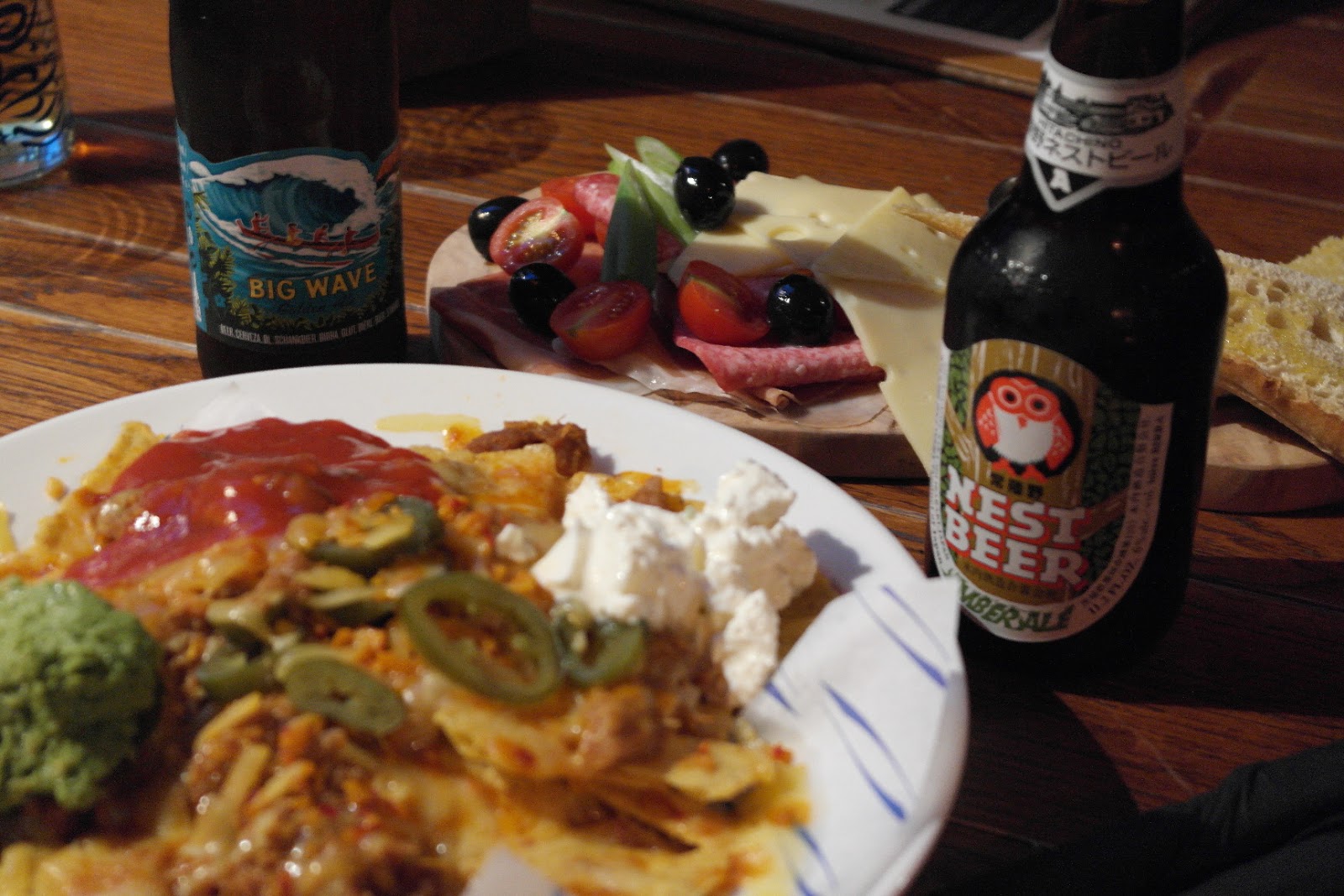 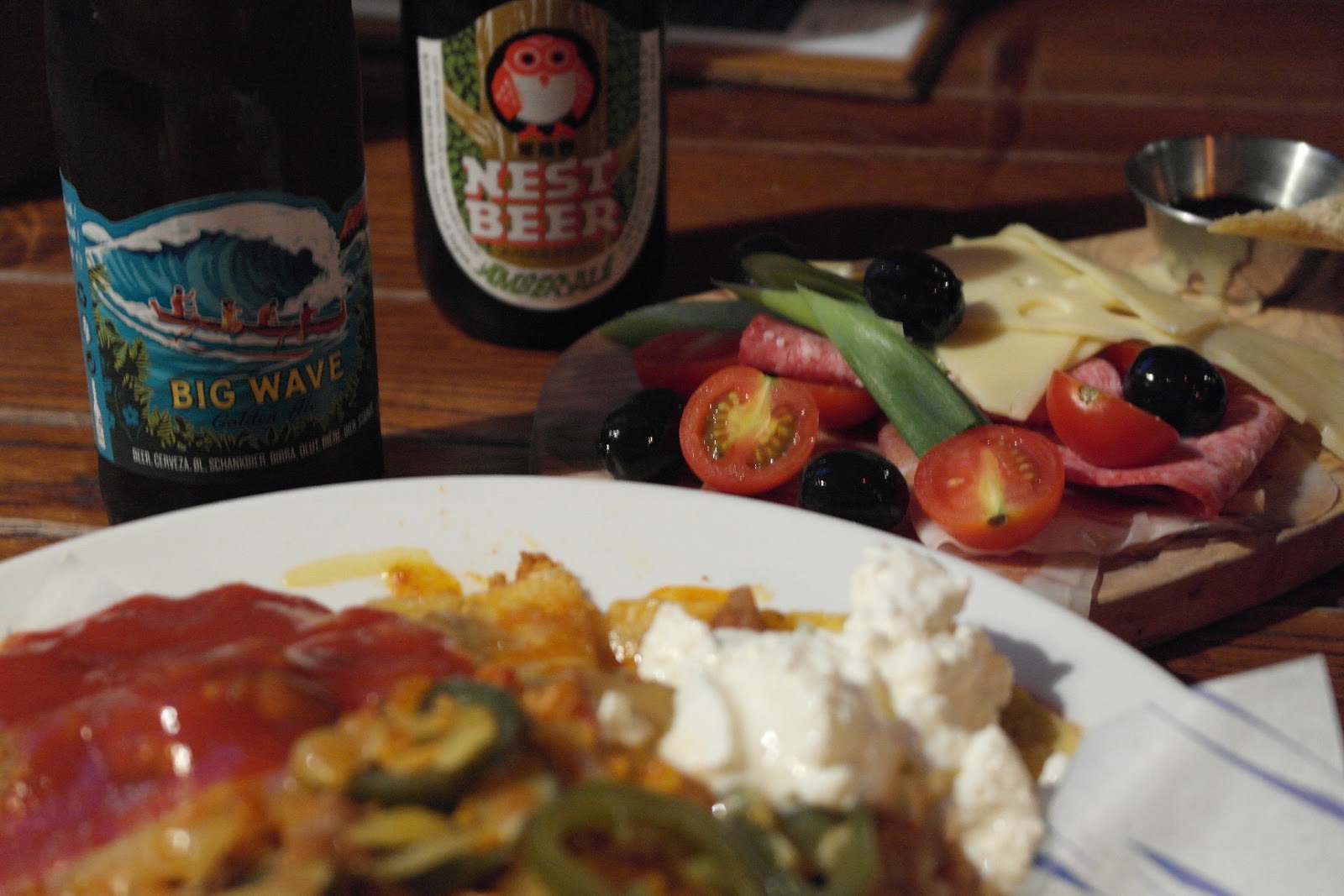 We also chose 2 more beers to accompany the sharing platers, Sam chose Big Wave from America and I opted for Nest Beer of Japan. Out of the 2, Big Wave was definitely my favourite, it’s a refreshing golden ale with a fruity taste, reminiscent of mango and passion fruit. 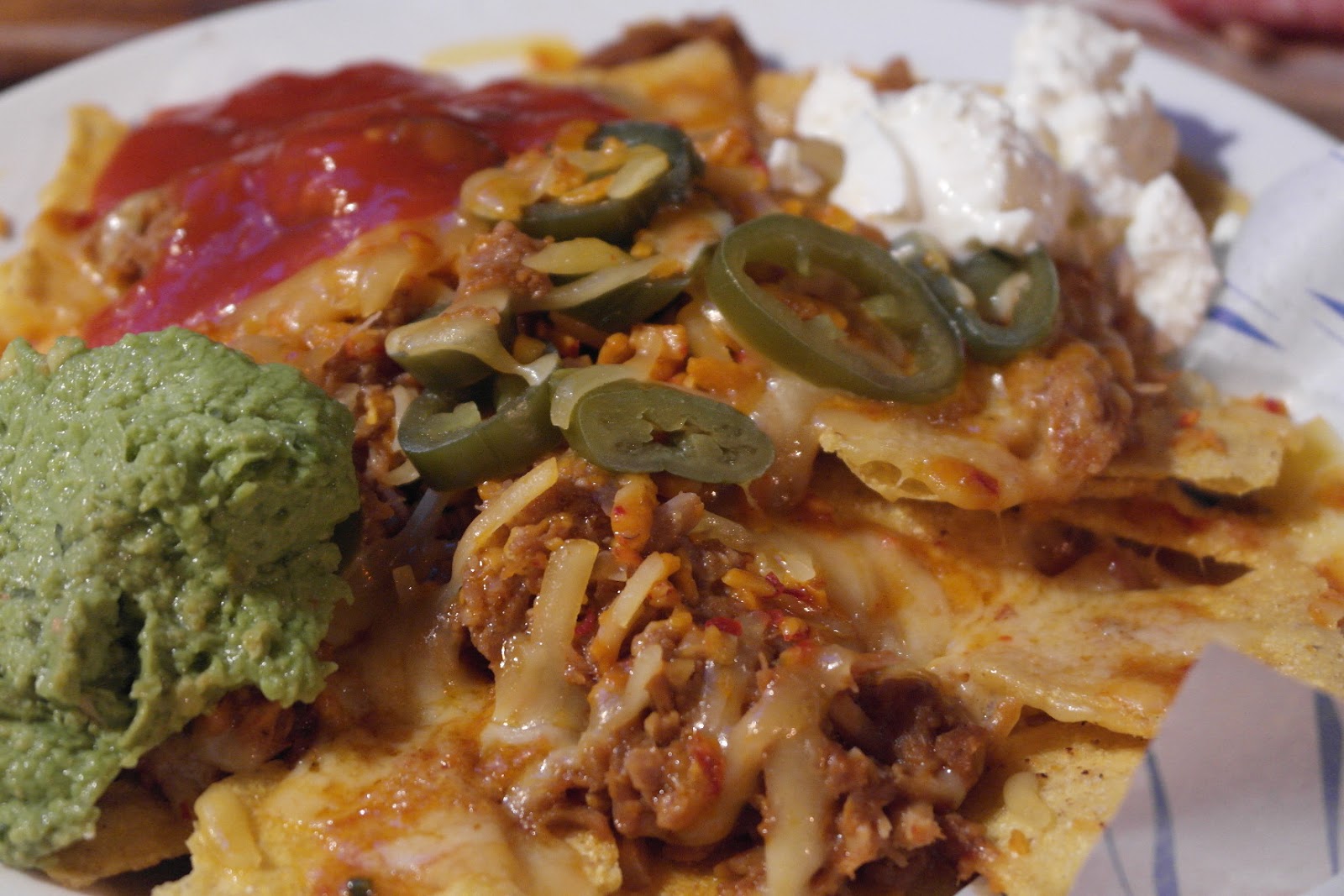 For me the Nachos, was the better out of the two sharing plates. The classic flavour combinations worked well, my only criticism being the chilli sauce was a little too hot. The meats on the Anti Pasti platter were quite bland, even the the Prosciutto which should be full of flavour. The Mortadella (Italian sausage) seemed to be replaced with with sliced cheese, which was a little rubbery. 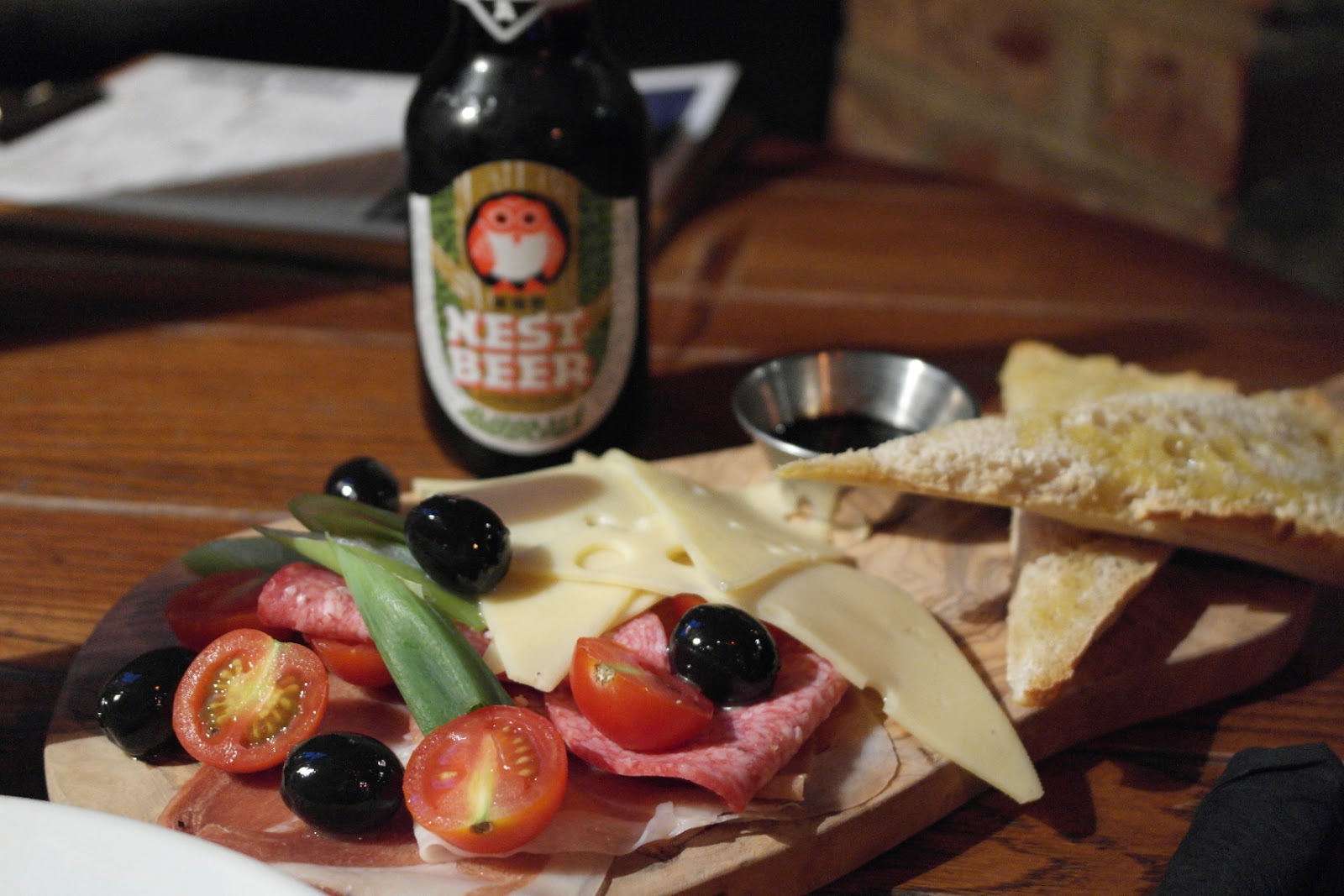 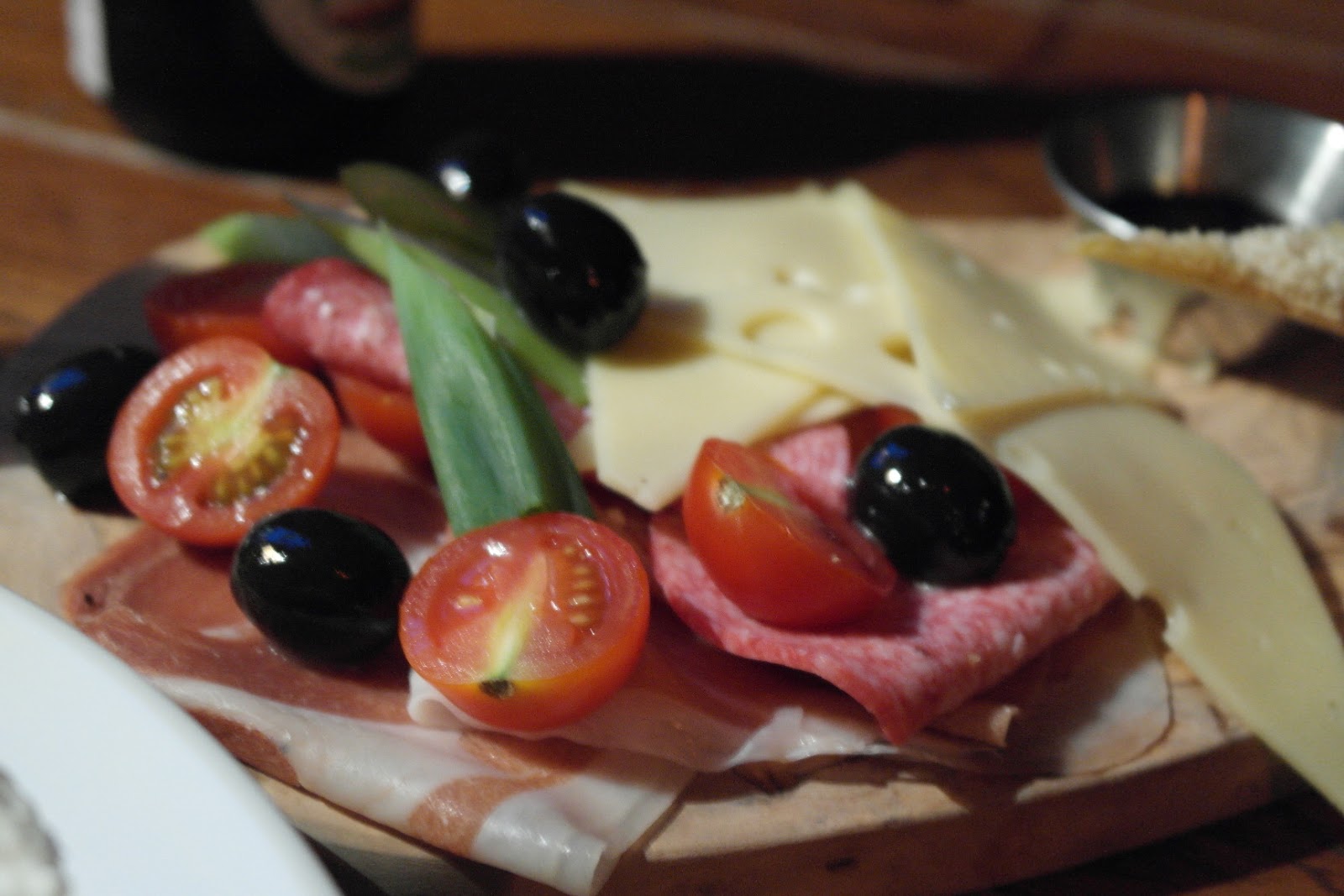 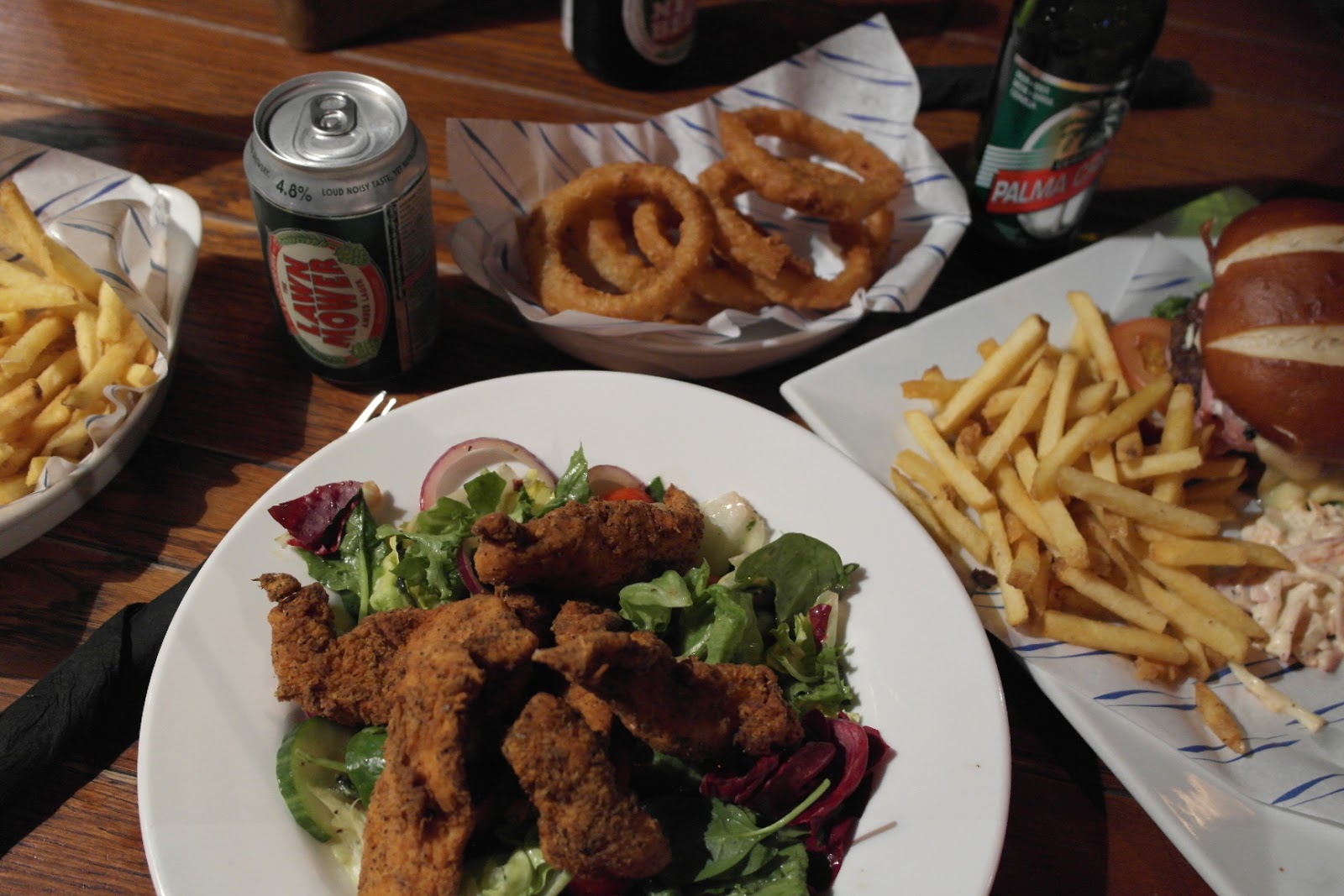 Both dishes seemed to be perhaps a bit on the large size, especially the amount of chicken in the Caesar salad. The beef was tasty and cooked well and the chips were nicely seasoned. 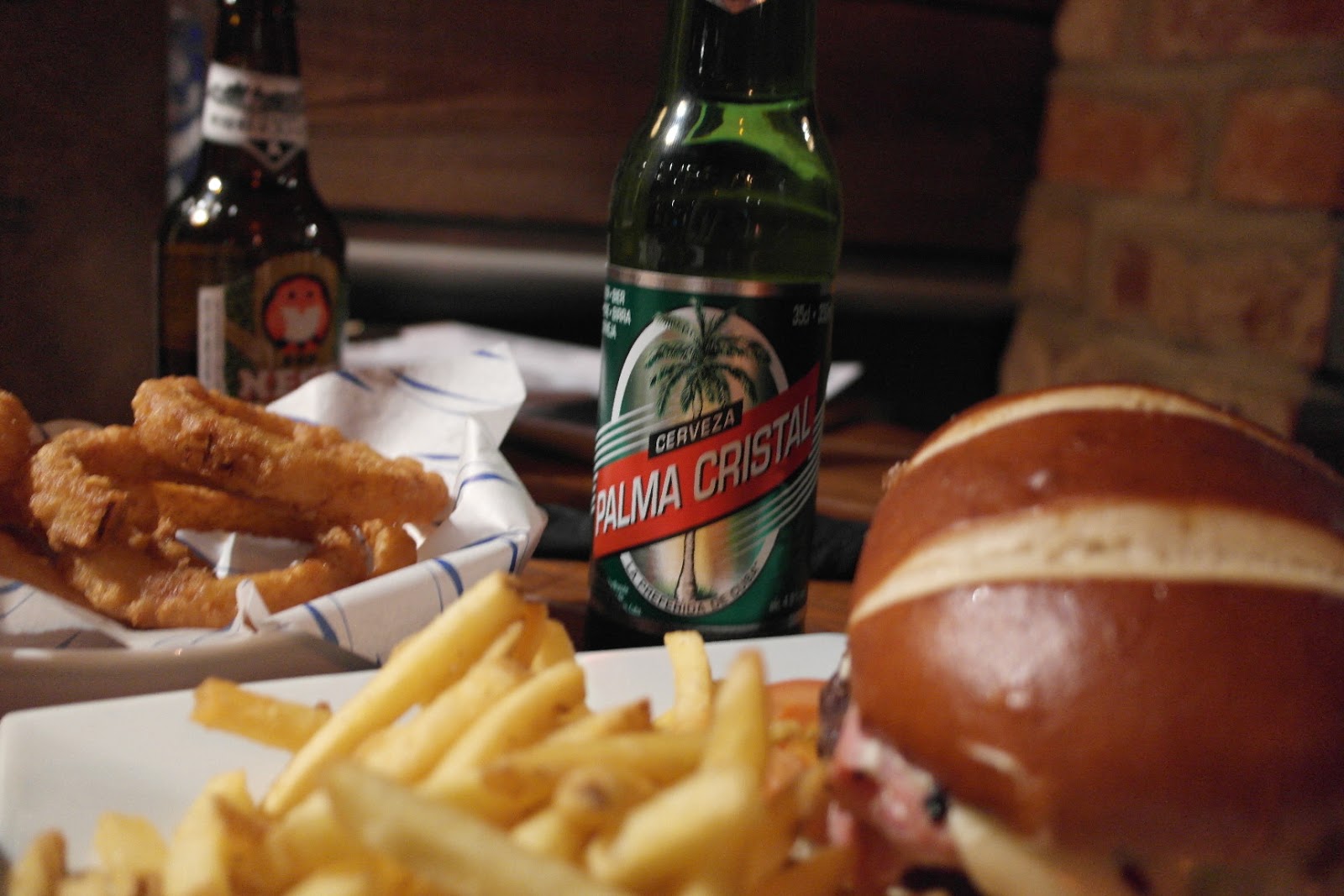 To go with the main course, we chose two more beers; Palma Cristal (Cuba) and Lawnmower, Swedish beer. The Palma Cristal is light bodied and has a mildly refreshing taste. The Lawnmower had quite an intense malty, mildy bitter flavour. I’d say its not a beer you’d want to have too many of in a session. Because of it’s size, the burger was a little tricky to eat, but easily managed by a knife and fork. The coleslaw side was nice and tasty, it wasn’t too acidic which some coleslaw have a tendency to be. The onion rings were cooked well and had a really nice crunch to them. 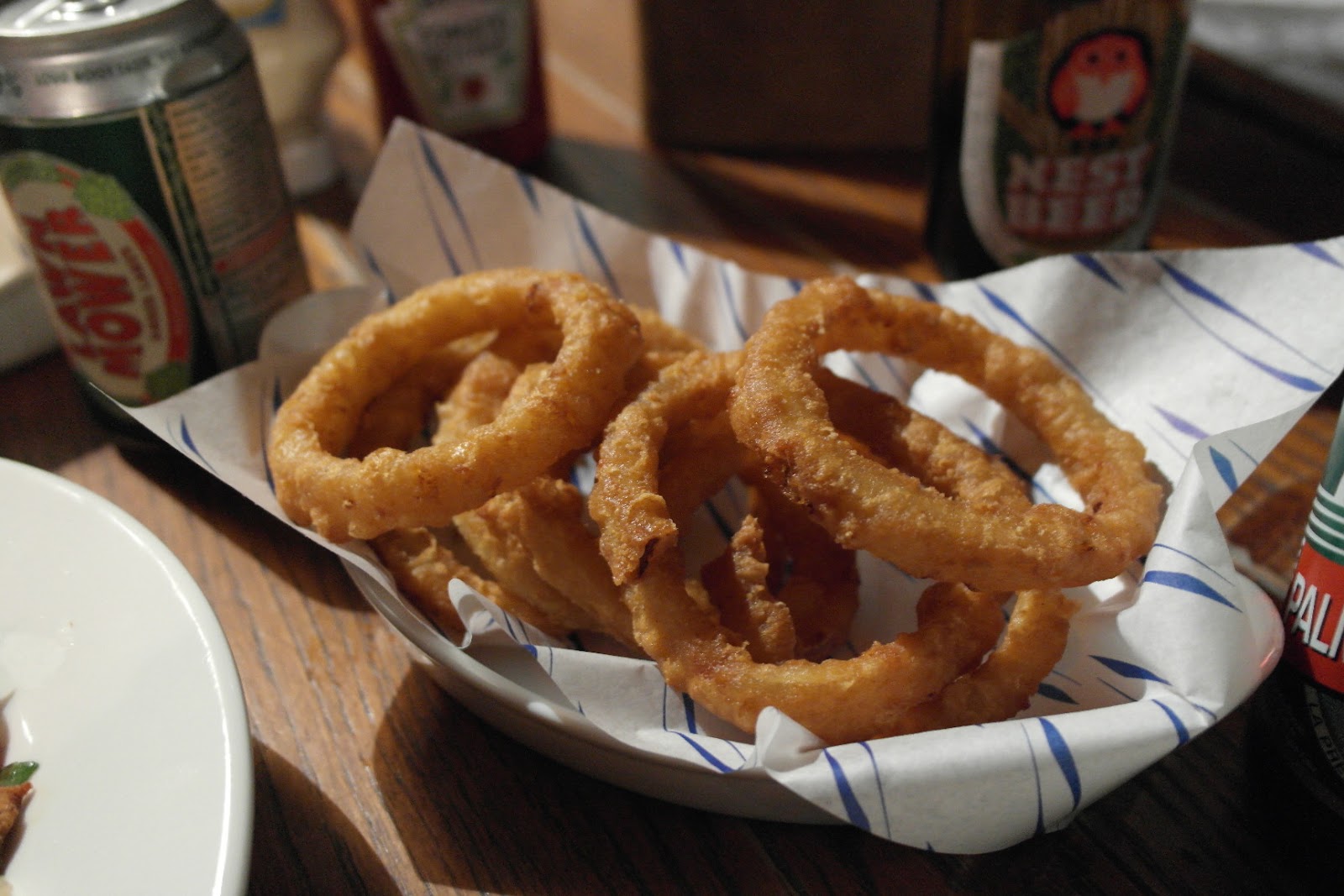 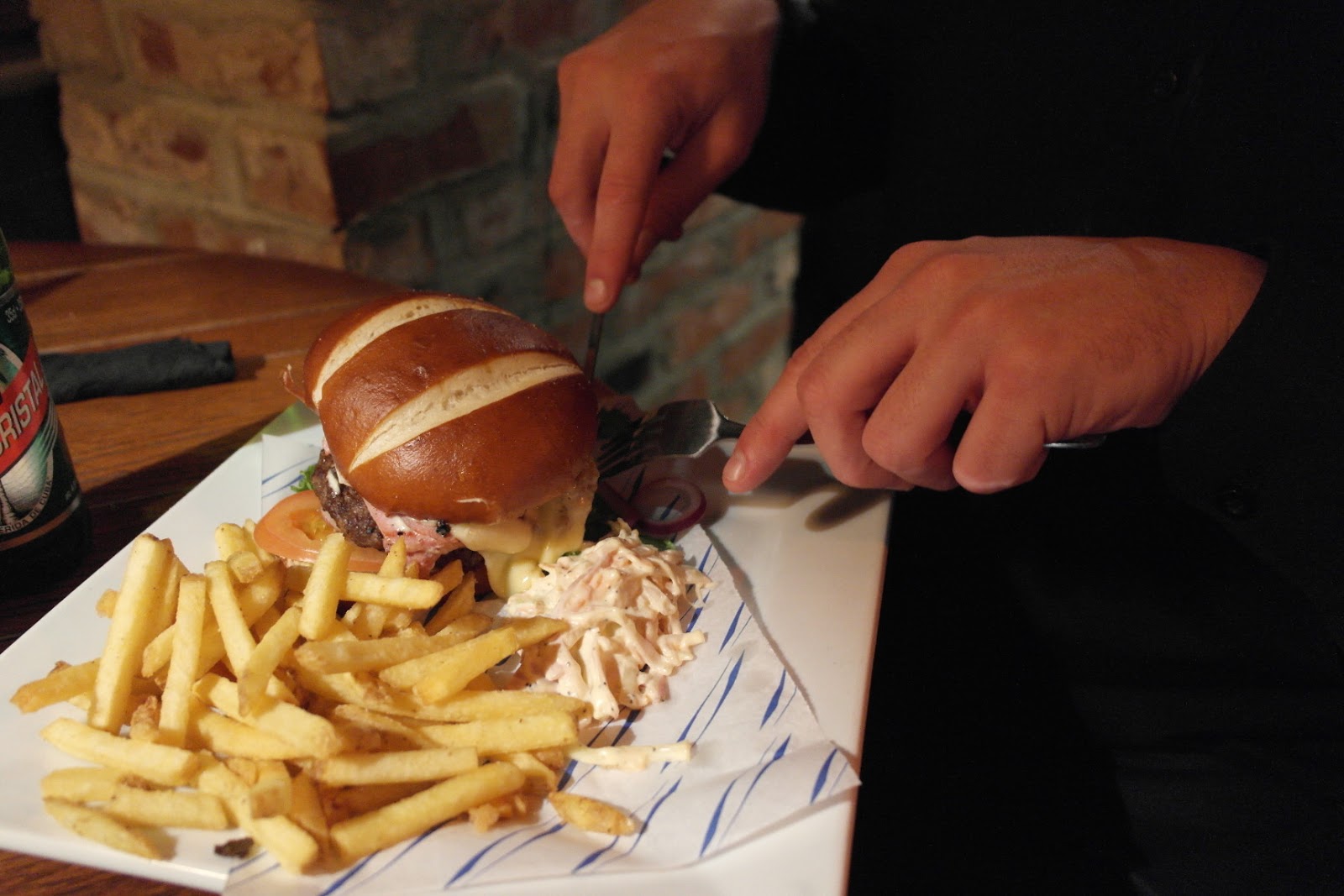 Overall, I’d have to say it wouldn’t be one of my first choices for somewhere to dine in Leeds. However, its a decent bar offering a fantastic range of worldwide beers. The food on offer is ideal sharing food for when your out with friends. Think after work or casual weekend drinking.

The concept of the bar has great potential if the wide range of worldwide beers was perhaps marketed more. Thank you to Around the World Bar for inviting me along. Check out their site here. Have you visited? What did you make of it?