A few weeks ago, we booked to go to Shears Yard in Leeds to try their early evening fixed price menu. The had a choice of either 2 courses for £16.50 or 3 courses for £19.50. I’d heard positive things about the restaurant so was looking forward to the visit. As we’d opted for the early evening menu we’d booked a table for 6.30pm. It was a bit of a rush from finishing work and we were running slightly late, so a quick courtesy call to let the restaurant know we’d be a few minutes late. It wasn’t a problem, but we were told we’d need to have left our table by 8pm. On arrival we were greeted by the friendly service staff and shown to our table. 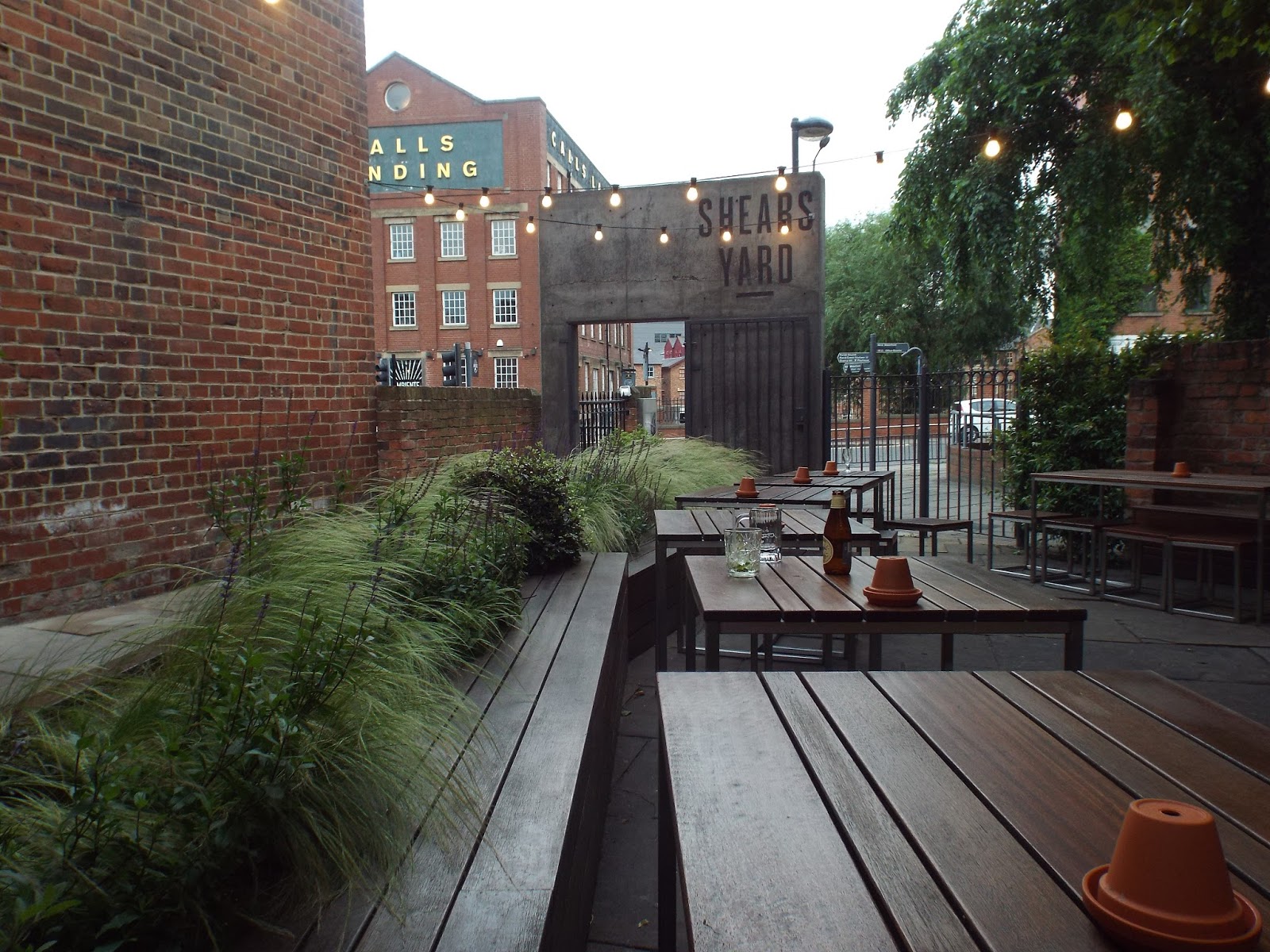 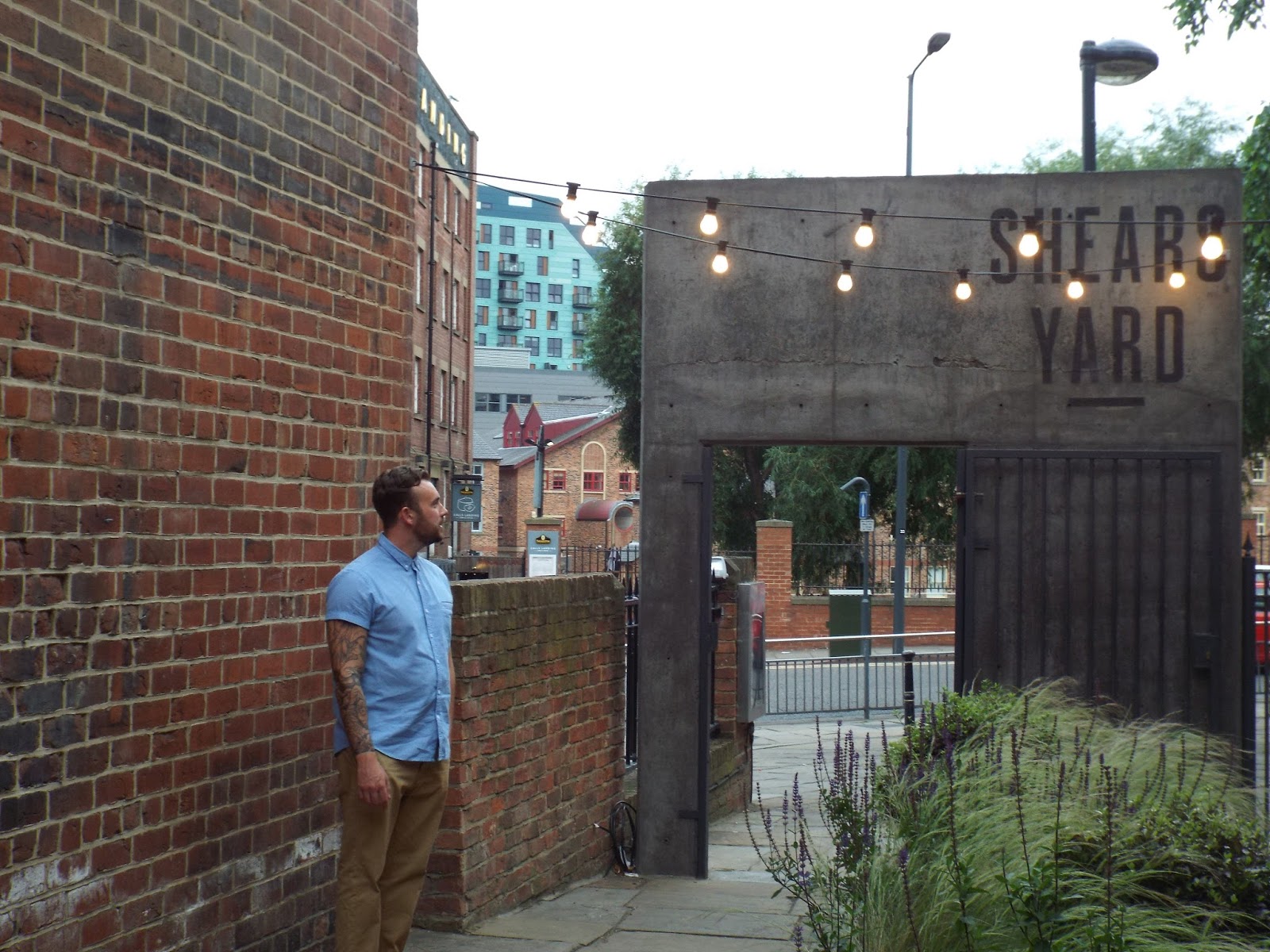 I was really impressed by the layout and look of the restaurant. The dangling light fittings from the ceiling give it a nice quirky edge and feel and complimented the exposed brickwork walls. The restaurant was quiet and there were only a handful of other diners in, presumably they had also opted for the early evening set menu. 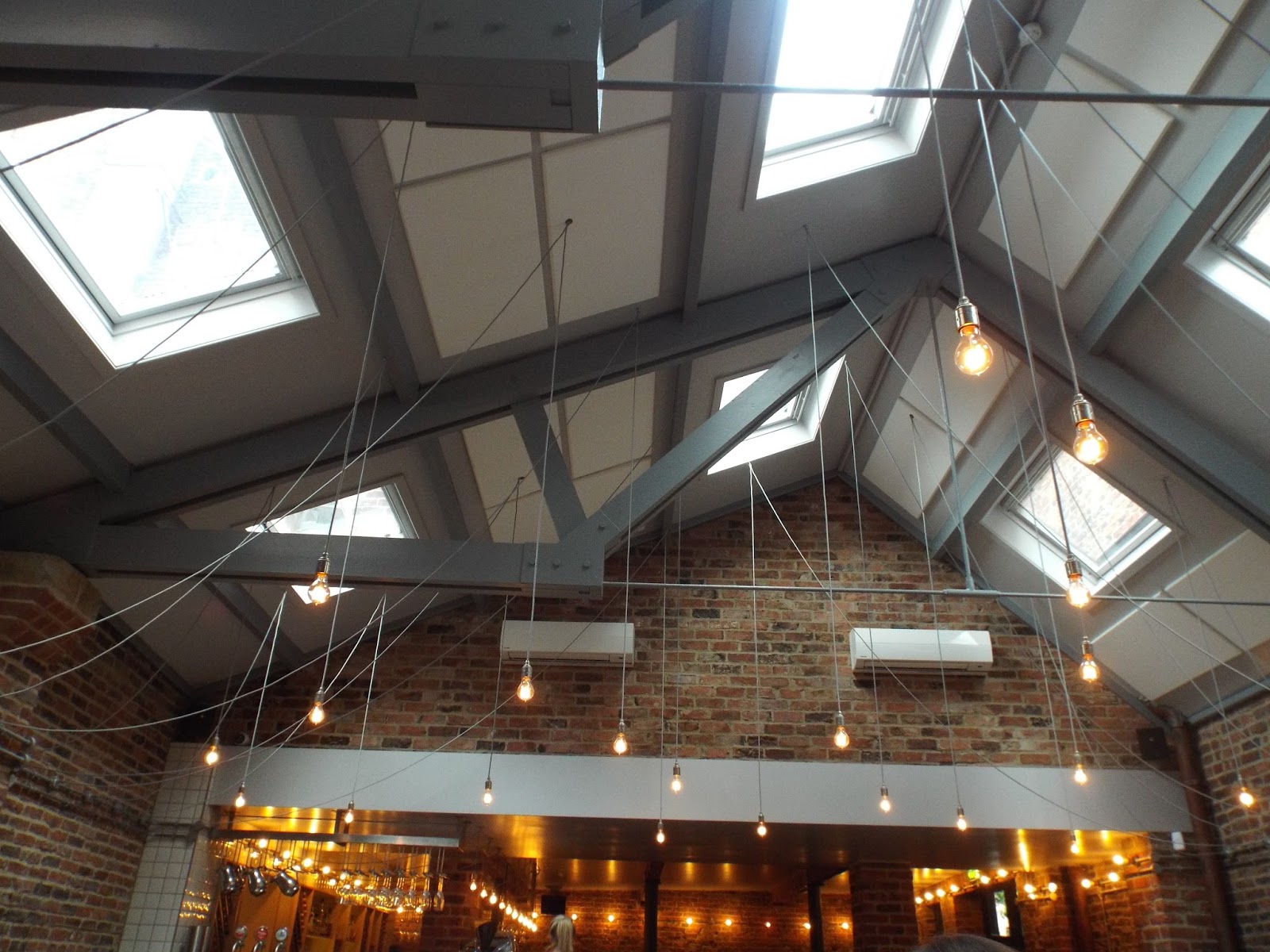 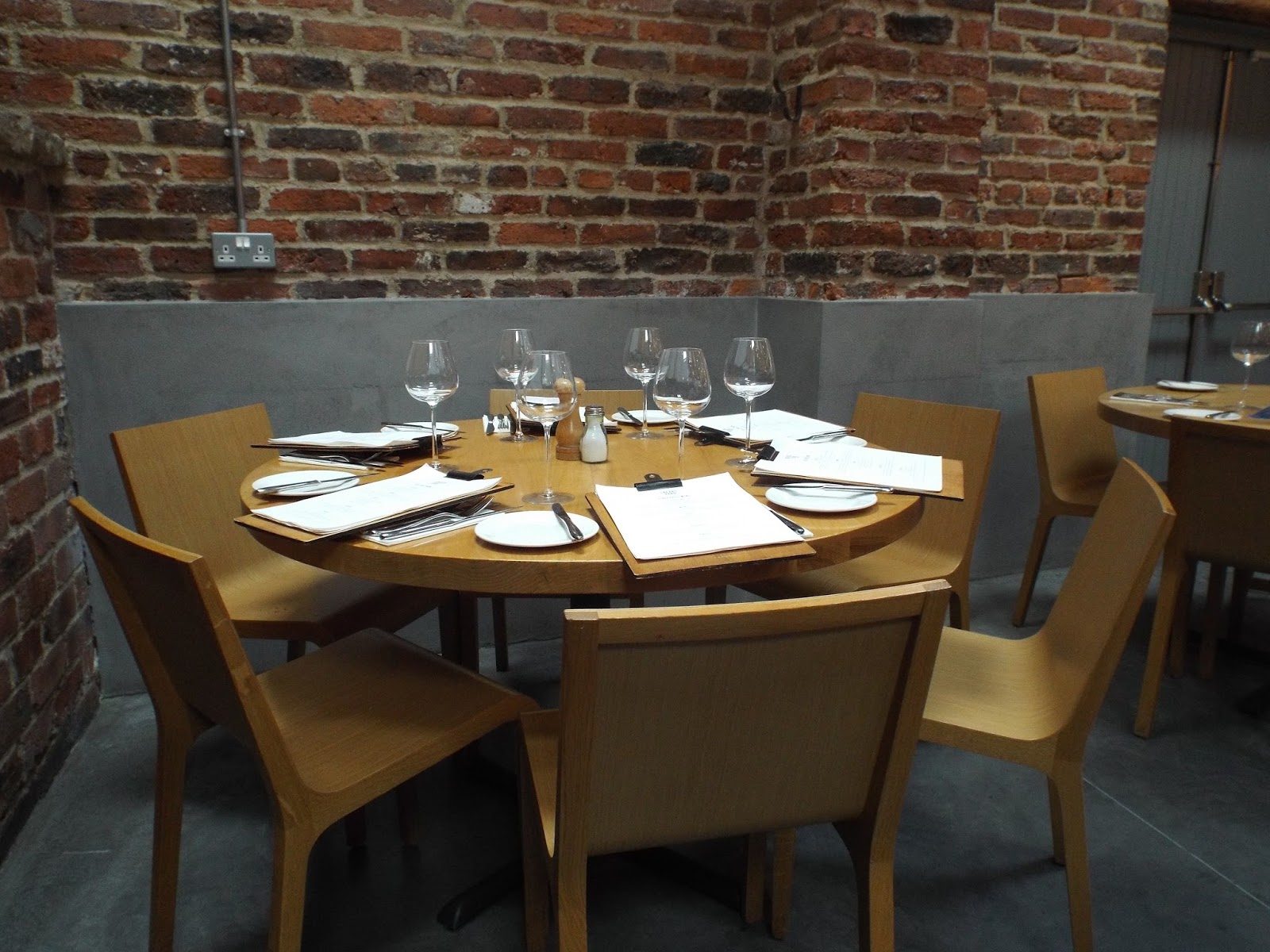 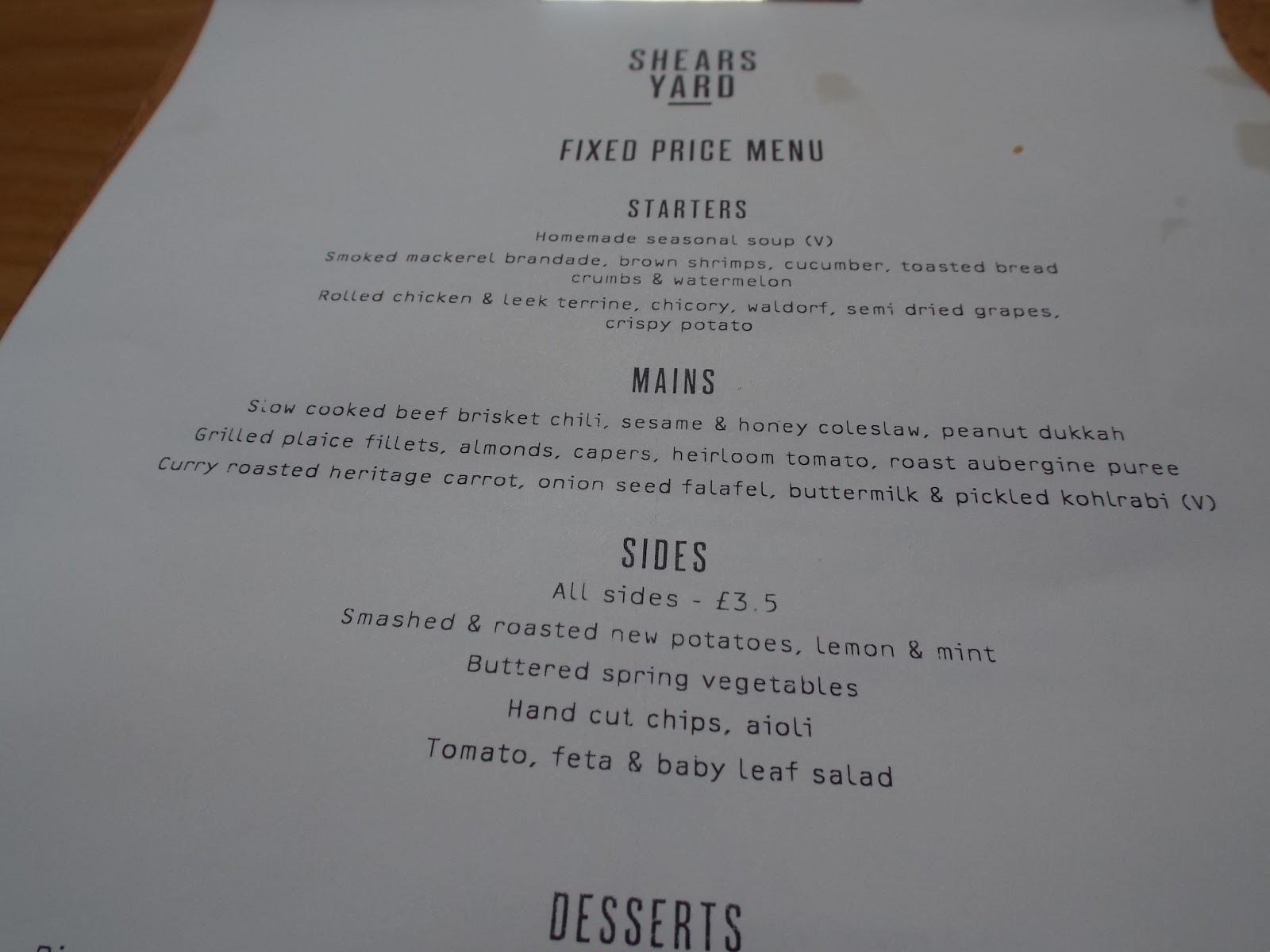 The staff were polite and friendly and took our drinks orders whilst we perused the menu. We were brought some fresh sour dough crusty bread and the most delicious garlic butter I’ve tasted in a long time.  For starter, we both opted for the chicken and leak terrine as the other dishes on offer didn’t seem very appealing. The starters arrived quickly, and were fairly well presented.

My initial thoughts were that there were a large amount of ingredients had been incorporated into the dish. The garnish was too overpowering to the other flavours in the dish. When I queried with the staff what the garnish was, they didn’t know and had to ask the Chef. I think its important that all staff should be taught about dishes they are serving, it shows a bit of passion for the menu. I eventually found out that the herb in the terrine was dill. For me the flavour was too strong 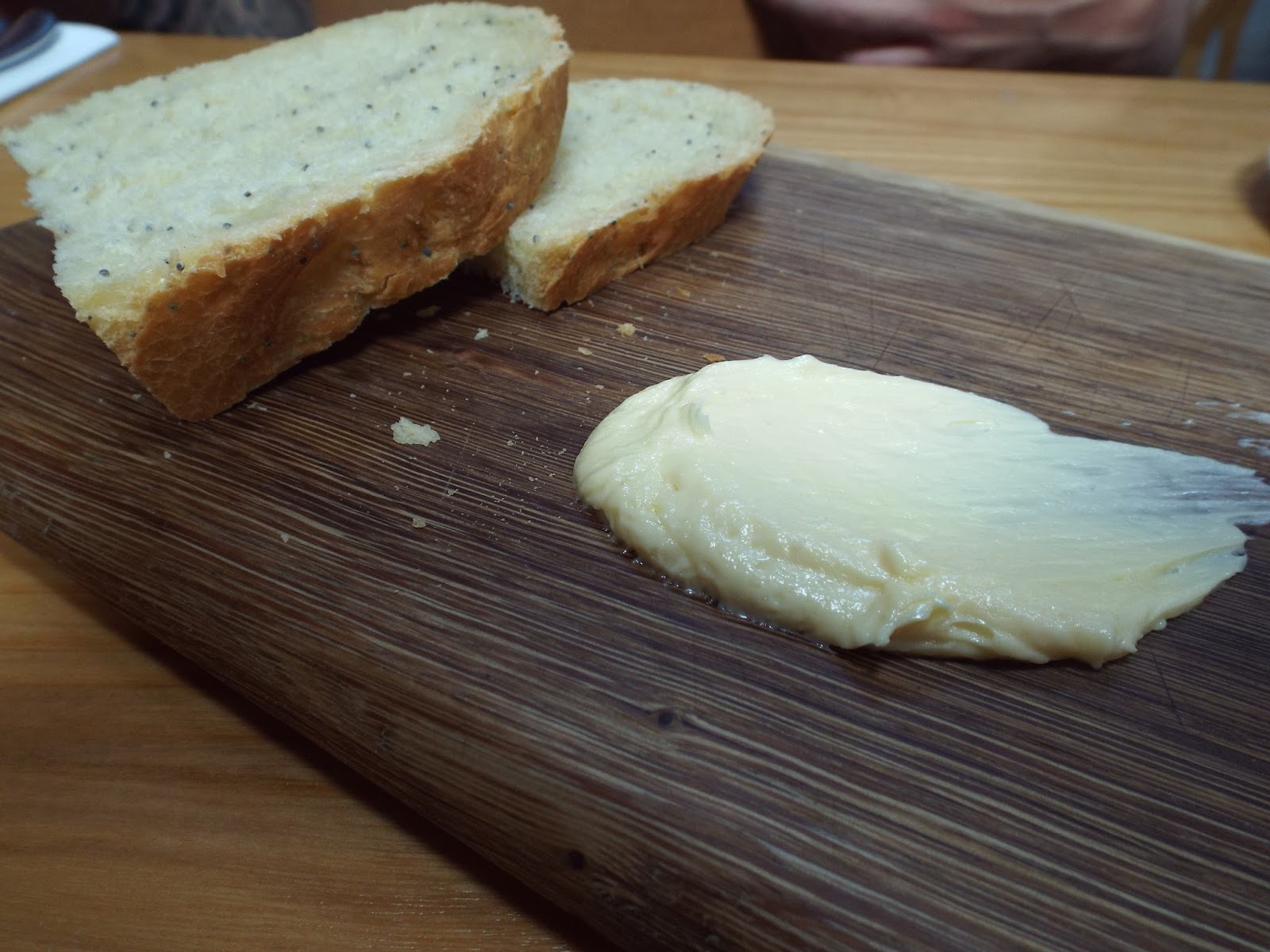 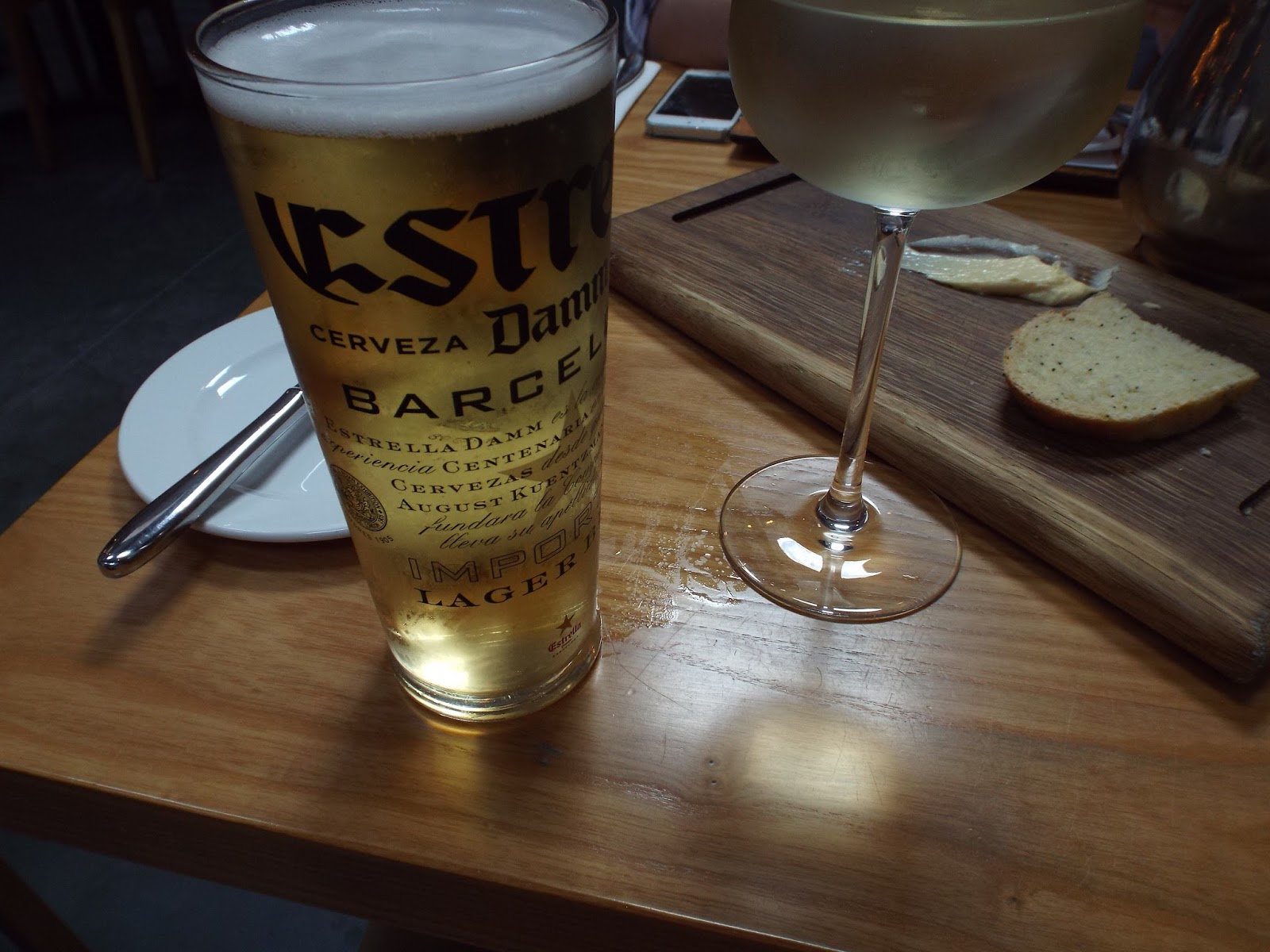 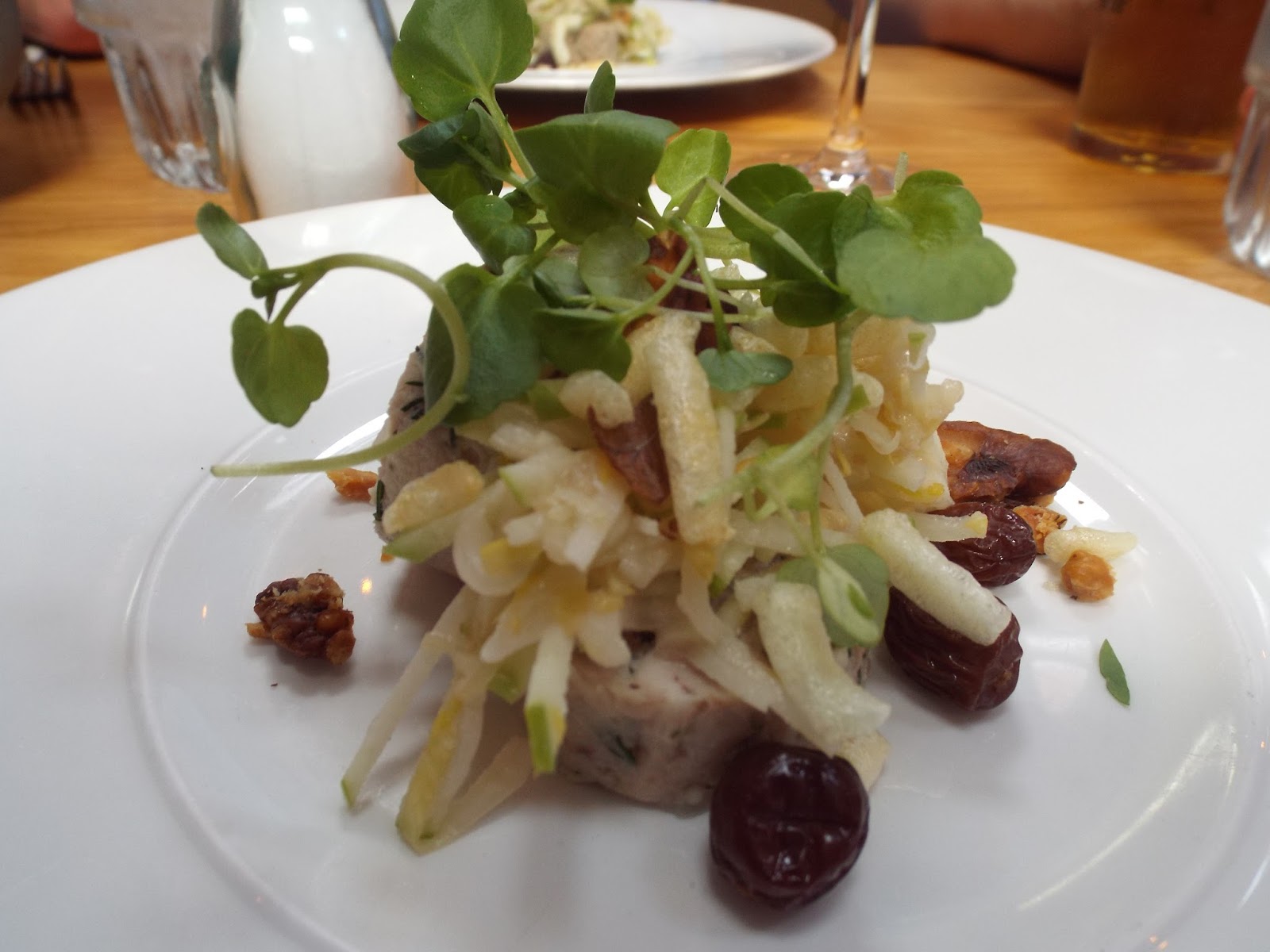 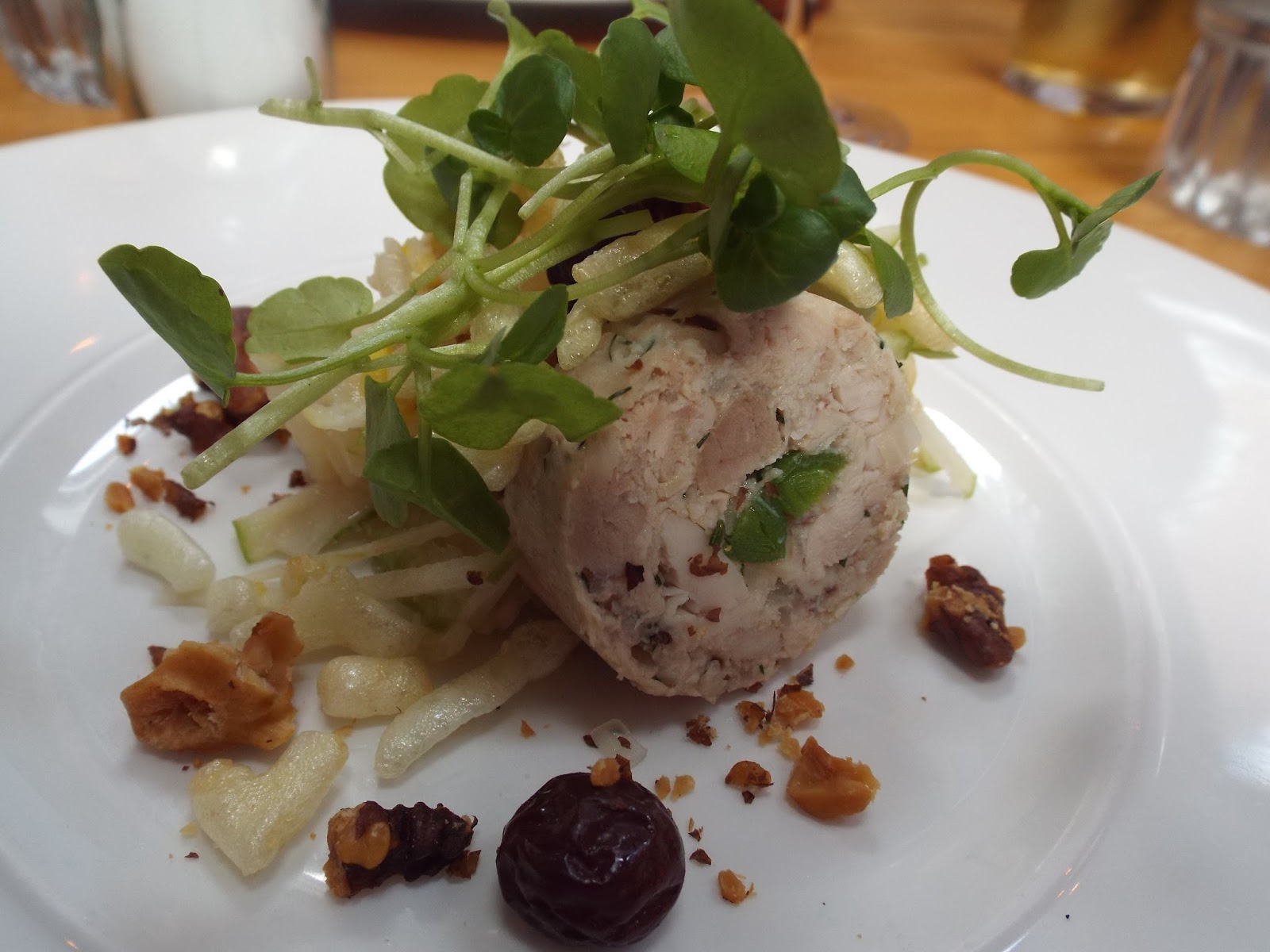 Our plates were cleared away quickly, it felt like we were being rushed through our meal a little. The main courses came out swiftly, again we both chose the same dish; slow cooked chilli beef brisket as the the selection of main courses was limited. We also ordered a side of hand cut chips. Similarly, to the starter course, my initial thoughts were that too many ingredients had been incorporated into the dish. The sesame and honey coleslaw just didn’t seem to pair with the chilli beef and likewise the peanut dukkah wasn’t complimentary to the beef either. However, the hand cut chips were delicious and seasoned well, and the tastiness was owing to them being ‘triple cooked’ 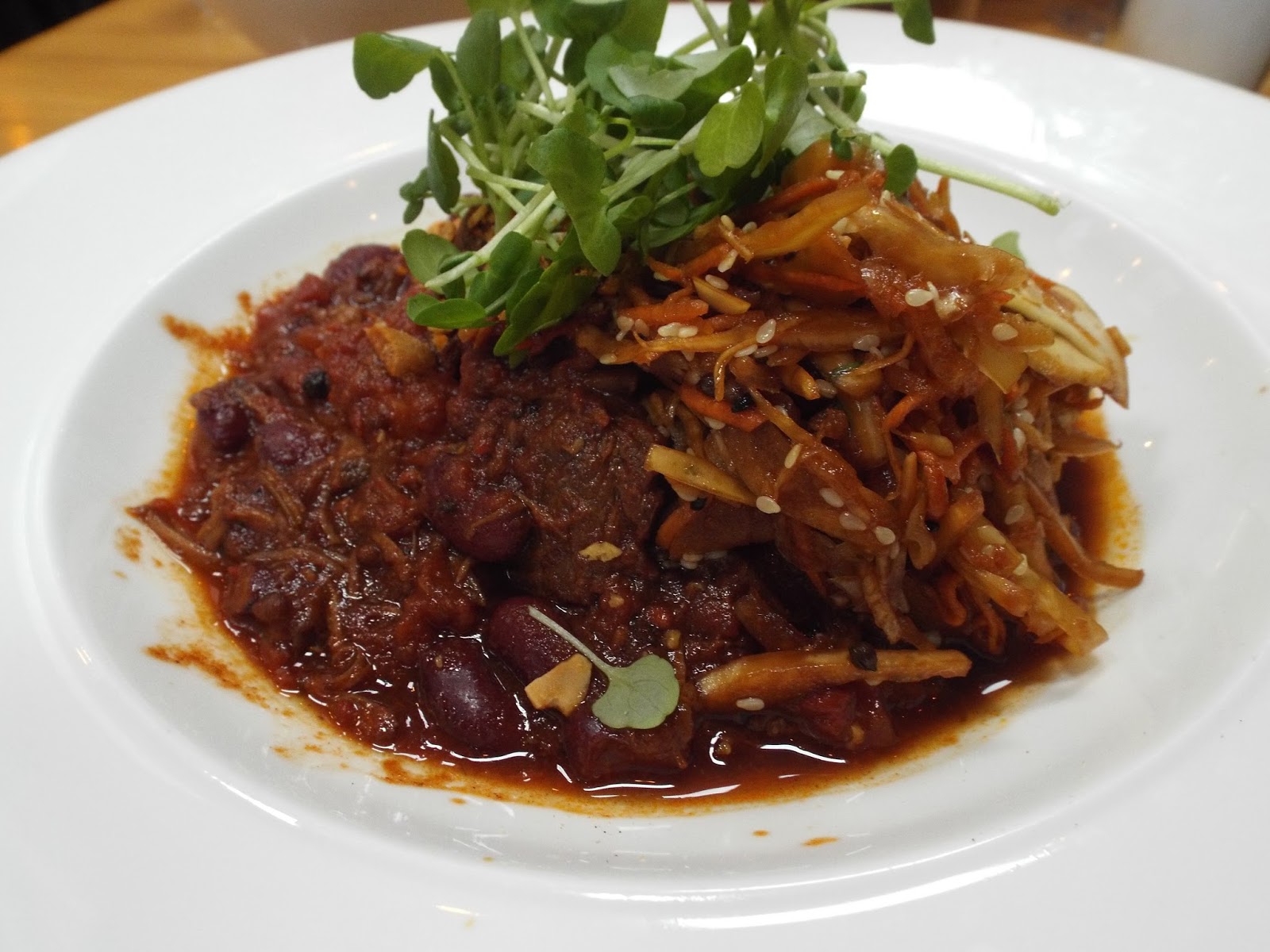 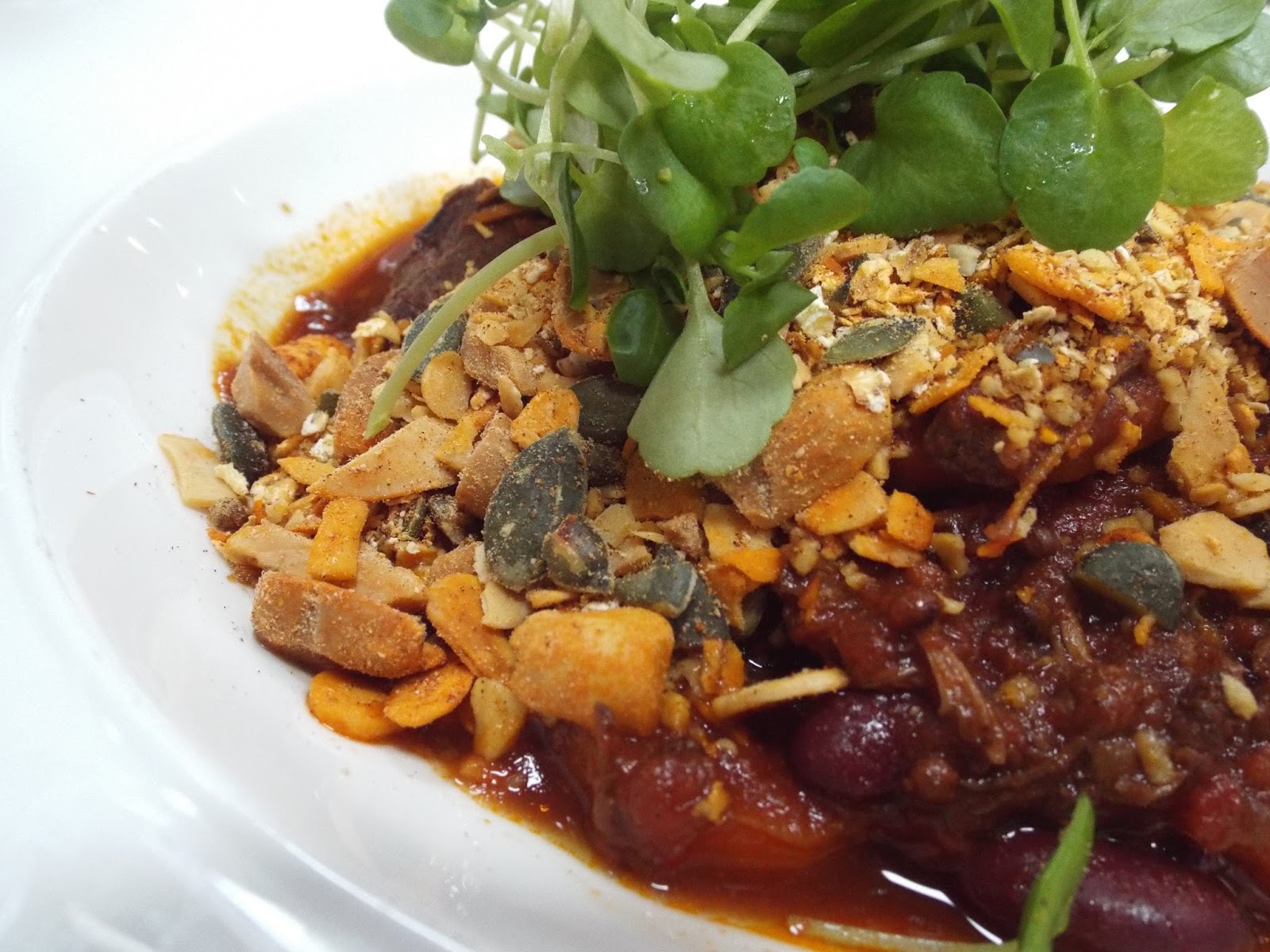 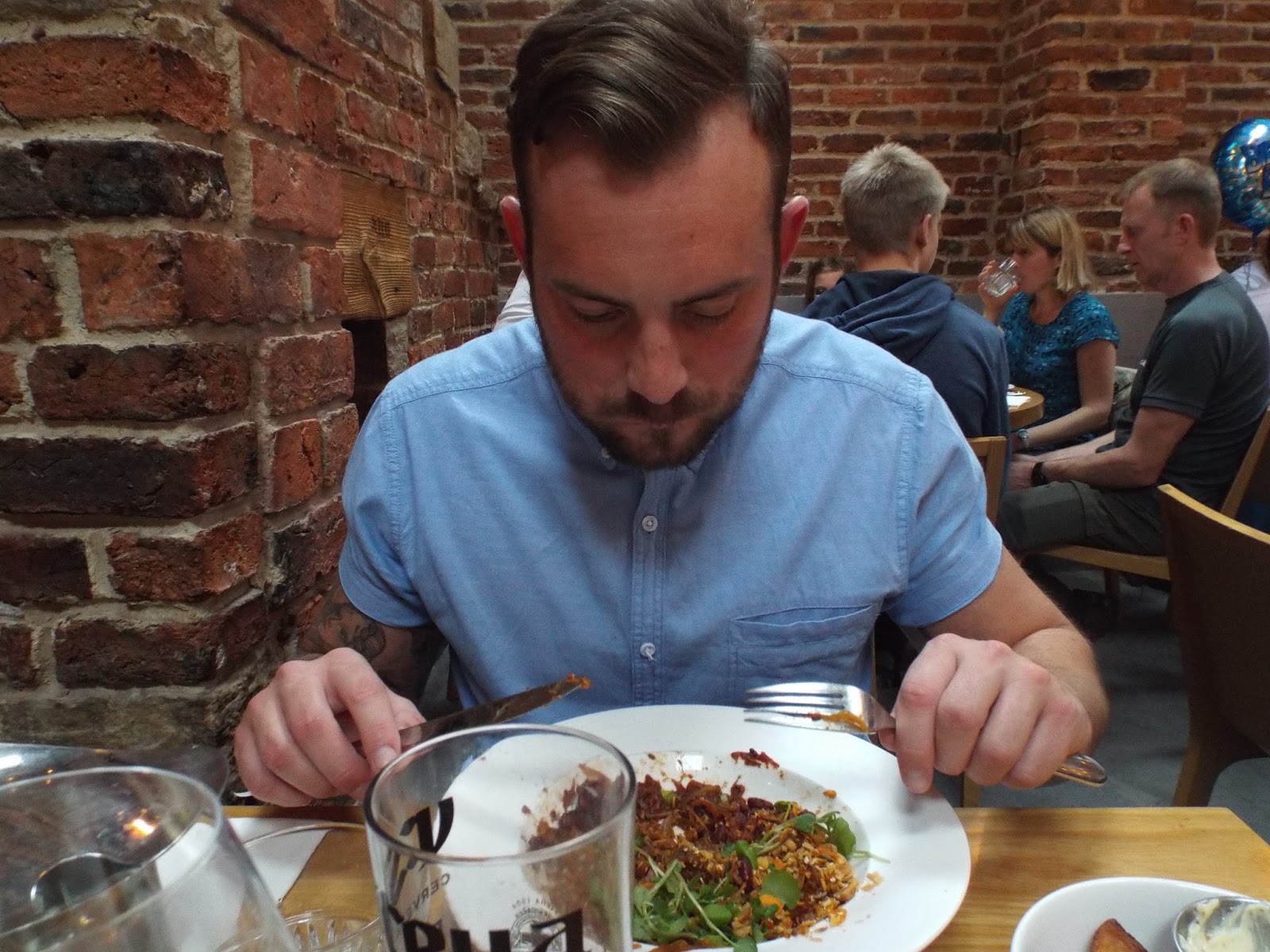 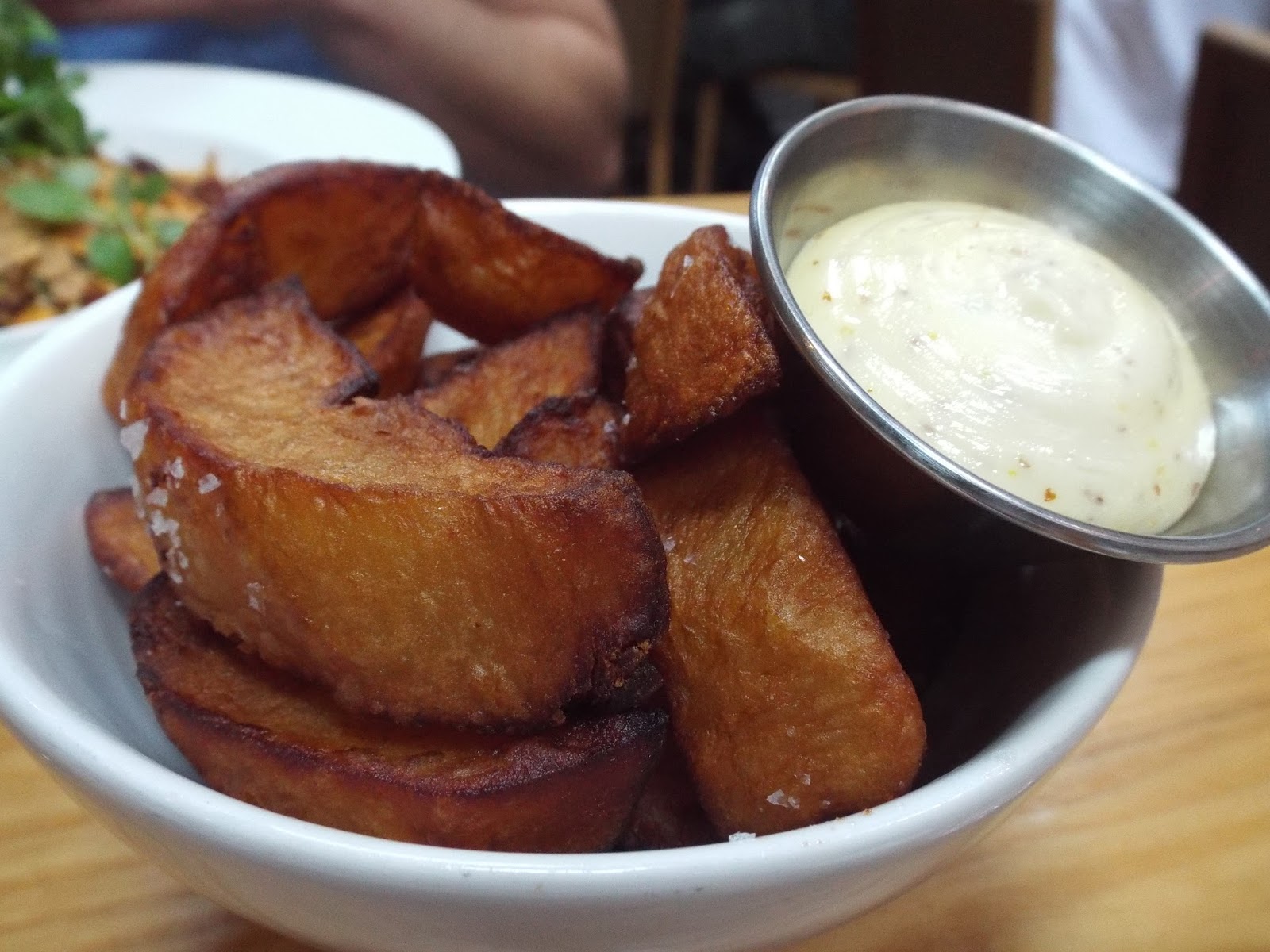 Again, our main plates were cleared relatively quickly. Neither of us were able to finish the main course and I was optimistic for the desserts, my favourite course! There was 3 to choose from, Sam went chose the Pineapple upside down cake with caramel and peppercorn sauce. I opted for the Coffee and passion fruit Eton mess. The peppercorns did not seem to pair with the pineapple cake and seemed an odd choice in the caramel sauce. The Eton mess came garnished with lemon balm. I liked the base ingredients and how they went together. However, for me the rough texture of the lemon balm didn’t work with the smoothness of the cream and the flavour was a little too overpowering. 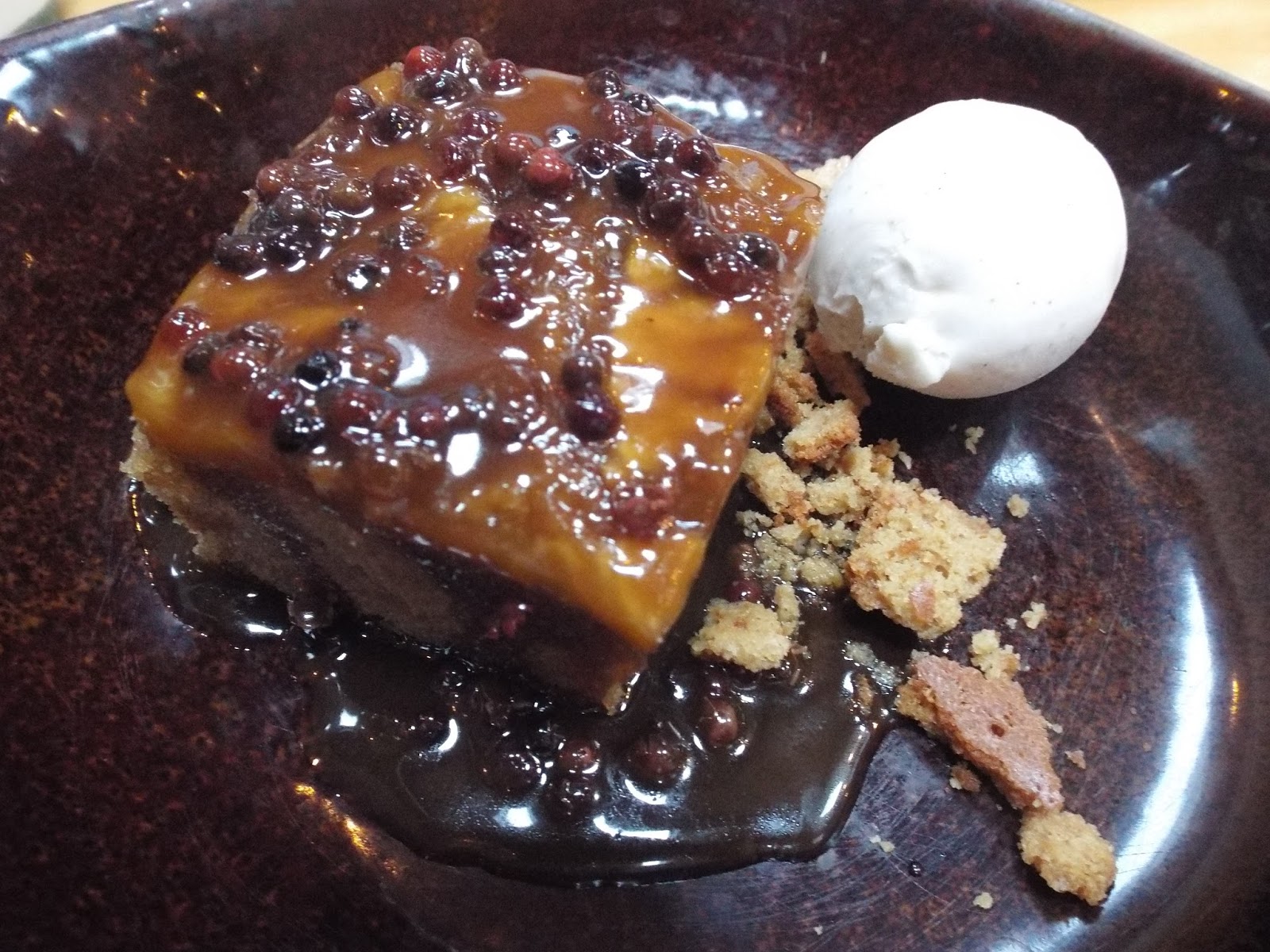 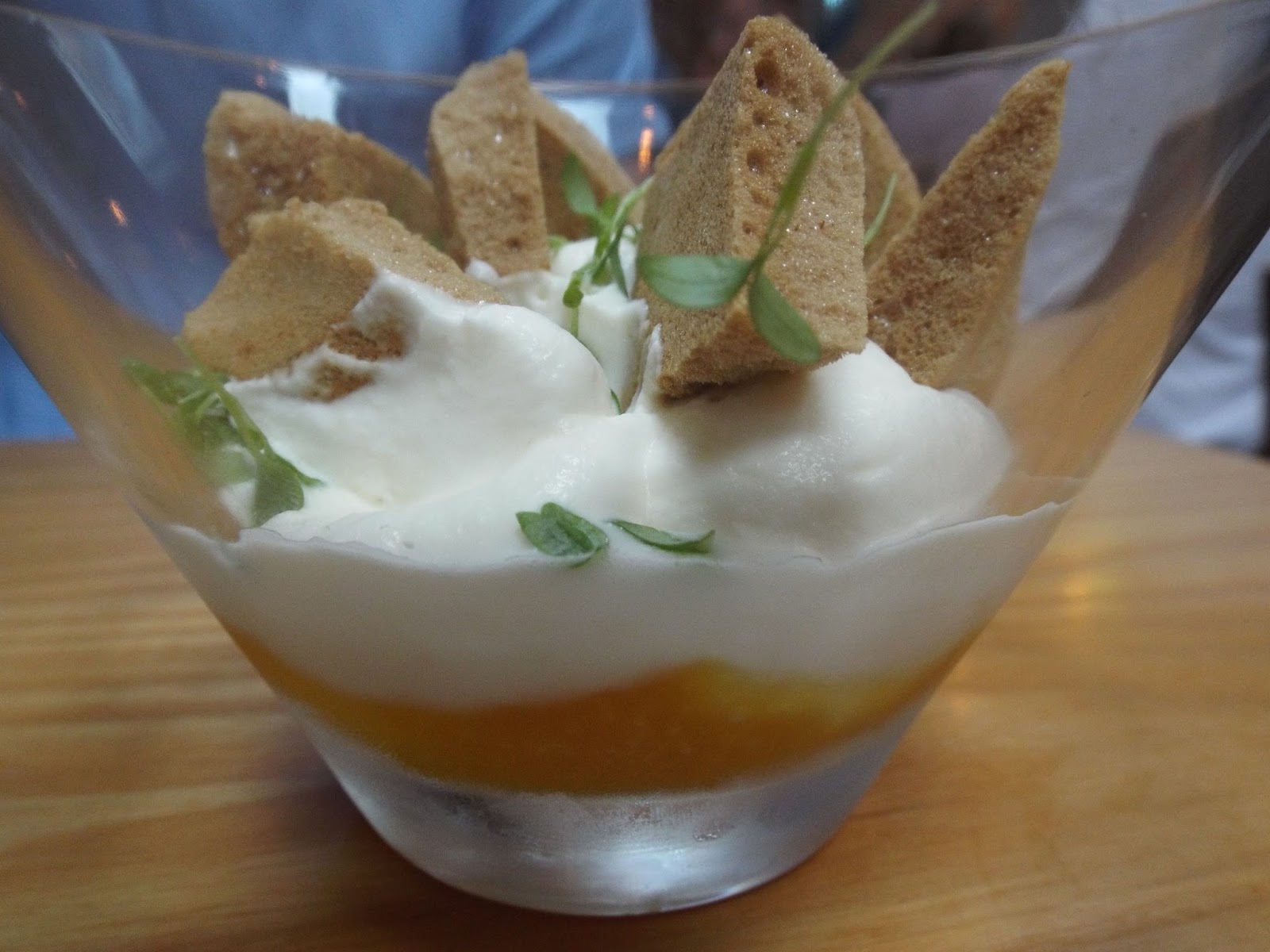 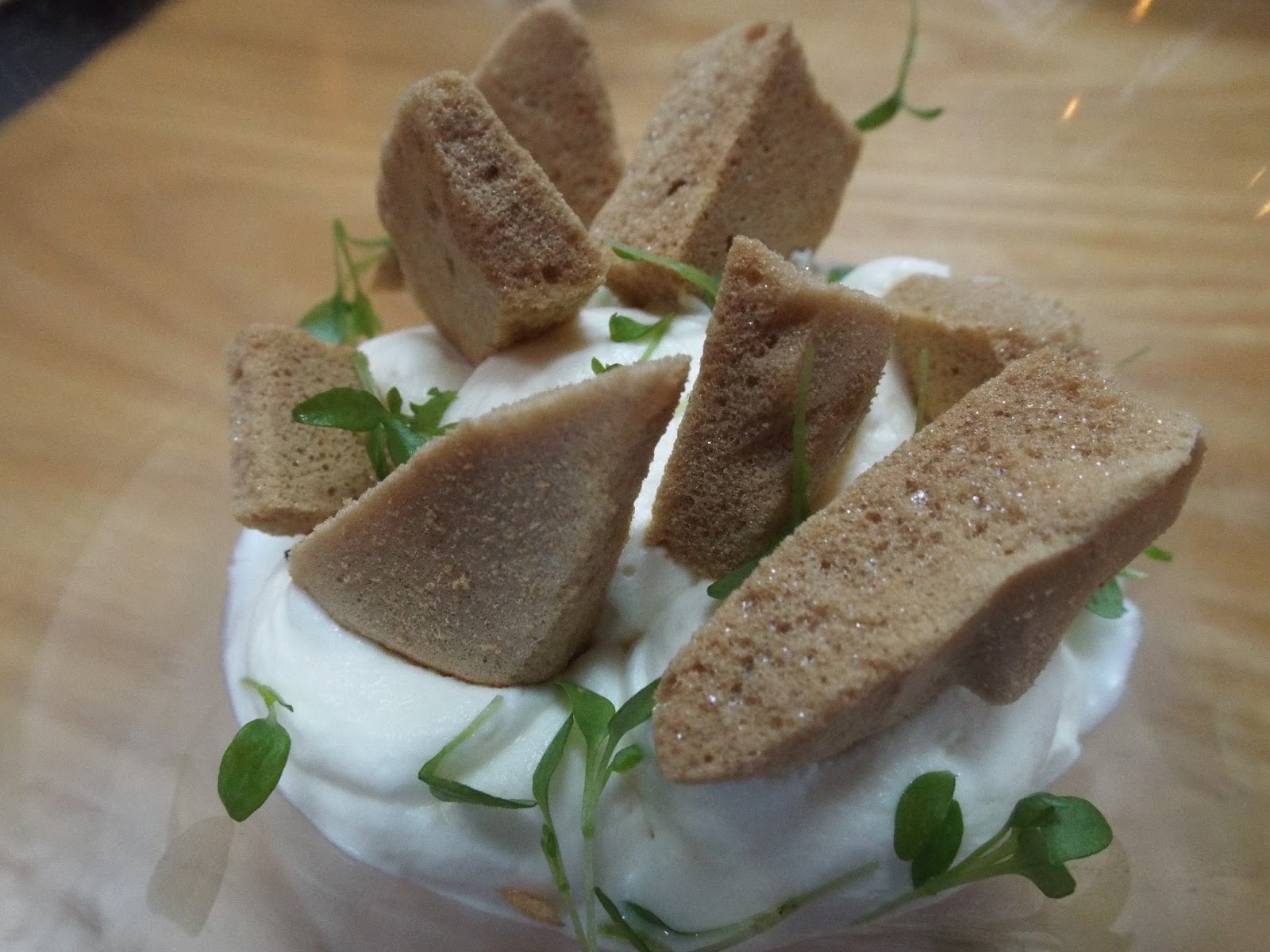 Shears Yard has potential to be a really great restaurant. I do feel that they are trying too hard to create that ‘Wow factor’ by incorporating too many far out ingredients and some which don’t compliment the dishes they are paired with. The restaurant has a really nice setting and feel to it. I’d imagine the outside seating area would make a lovely al-fresco setting, particularly on a warm summer’s evening. Unfortunately, I’d have to say it’s not a restaurant I will be rushing back to.