Recently, I was invited to a blogger event at Iberica in Leeds to sample, taste and review their new Summer menu. With it being my first blogger event, I was very excited at the prospect. We arrived early and was shown to the private dining room on the first floor. Awaiting us at the bar was a selection of 3 different Sangrias; Cava, Red Wine and Beer. I decided to try the beer sangria! Your probably thinking ‘I didn’t know beer sangria existed’ well neither did I! Let me tell you, it was delicious and very refreshing. We took time to admire the decor and quirky features in the dining room whilst we waited for the other bloggers to arrive. 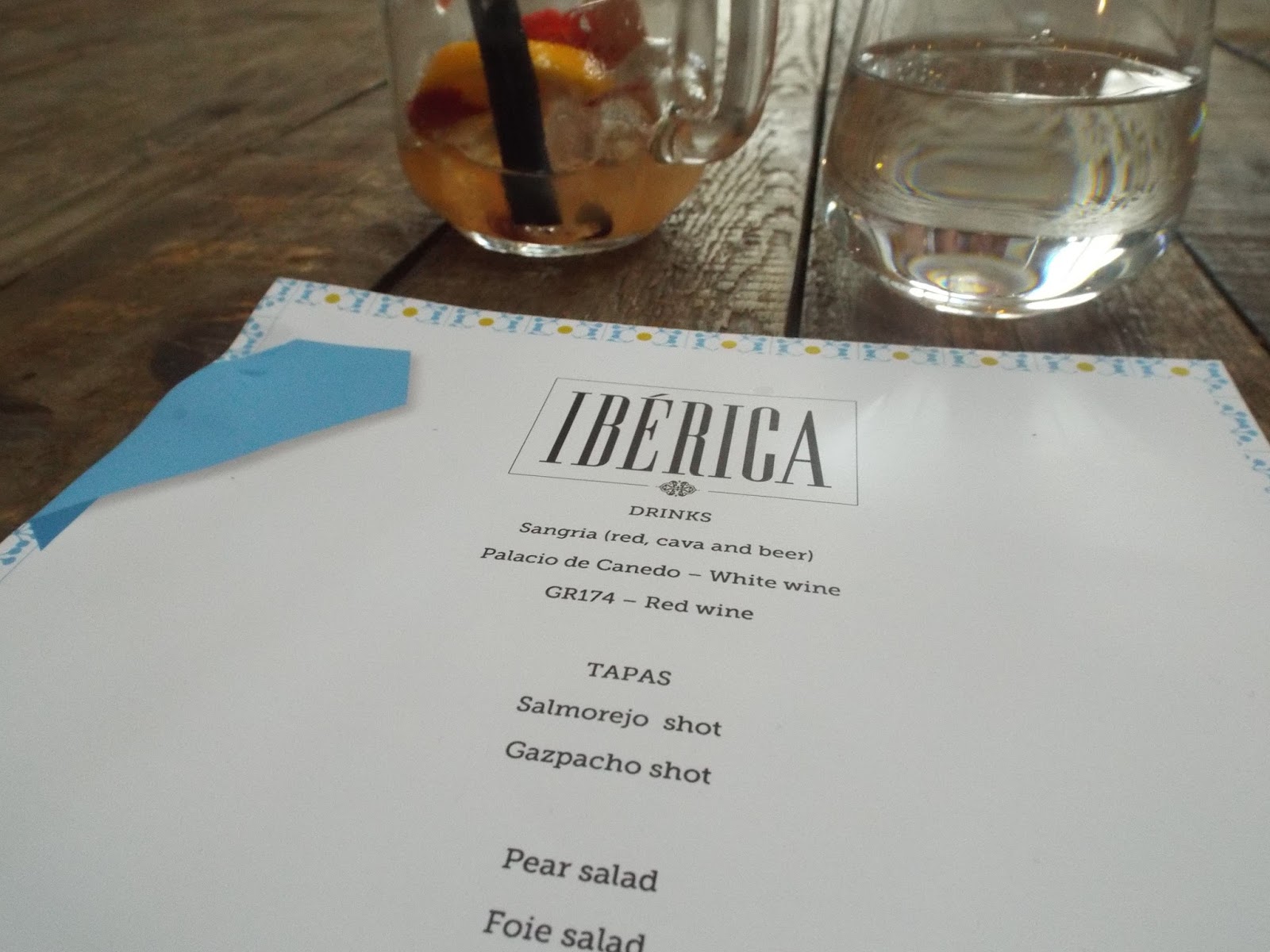 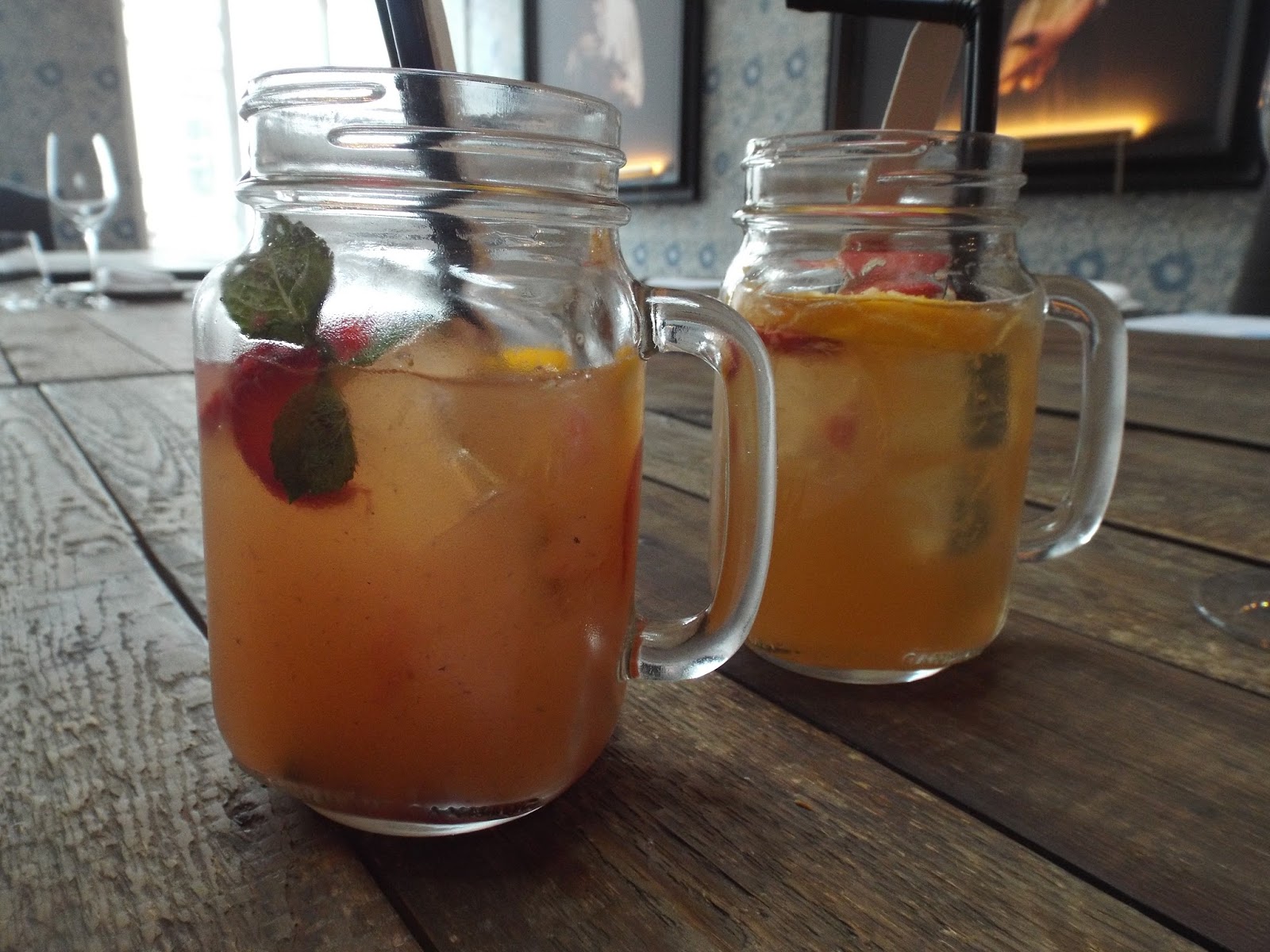 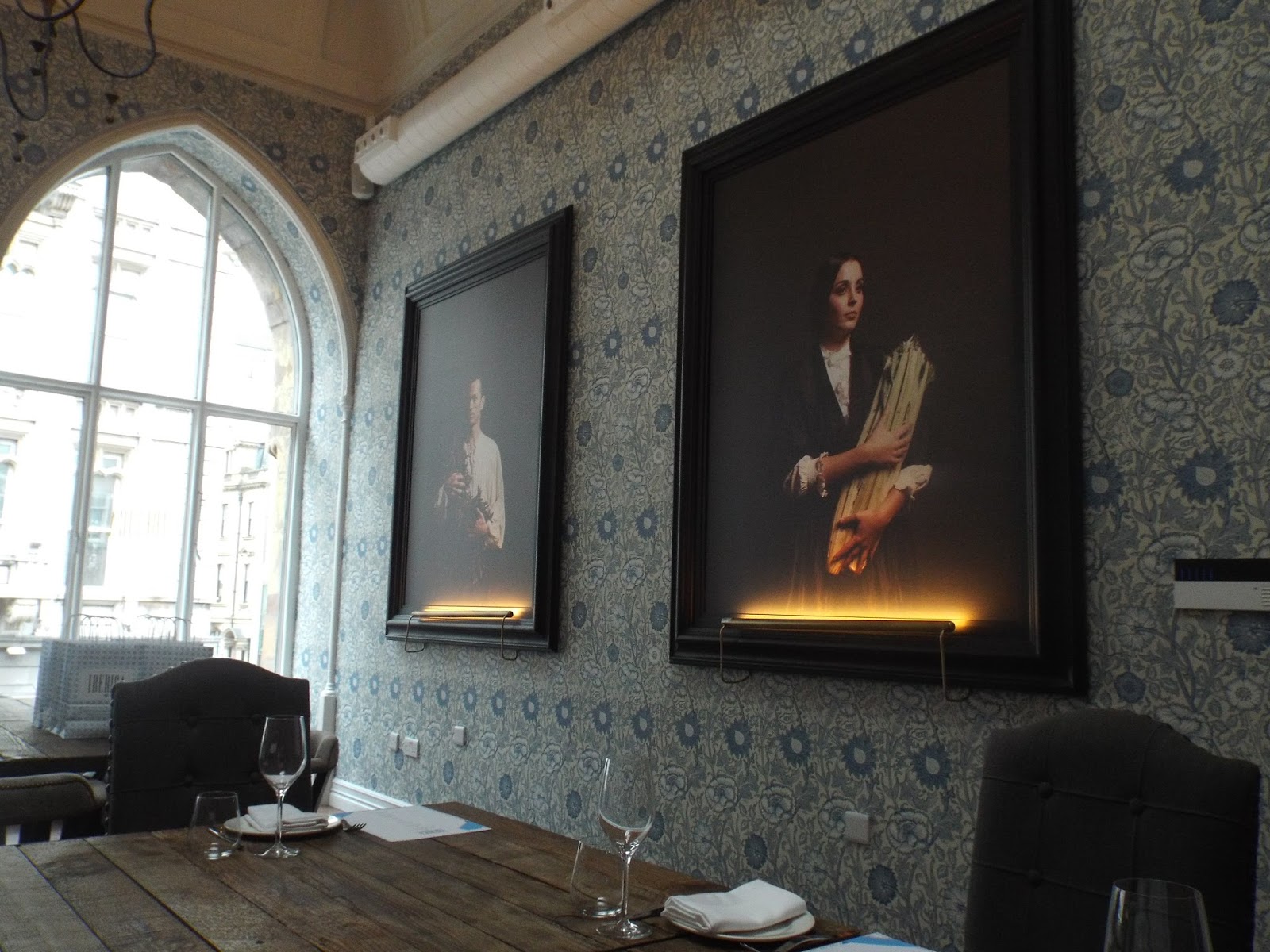 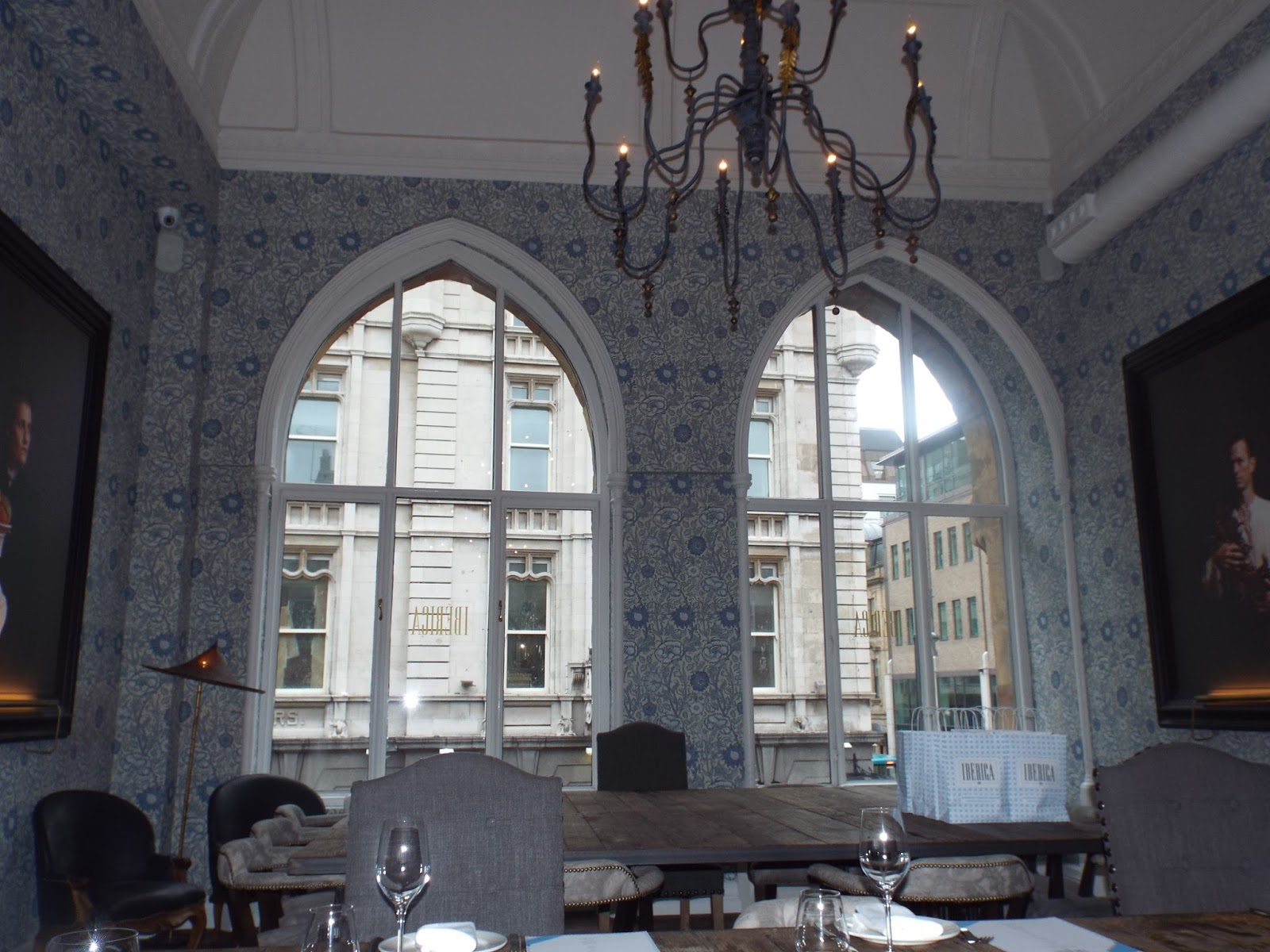 After a couple more sangrias, we were introduced to the menu by the Head Chef. Firstly, came the Gazpocho soups, served in shot glasses. There was Salmorejo with apple granite and red berry Gazpacho. They arrived beautifully presented and both options were delicious. For me, the red berry Gazpacho was absolutely devine, which is made with beetroot and red berries and finished anchovies. The Chef advised that the they are supposed to be drank as ‘shots’ although, I found them too tasty to do in one hit and used the smart little spoons to appreciate the combination of flavours. 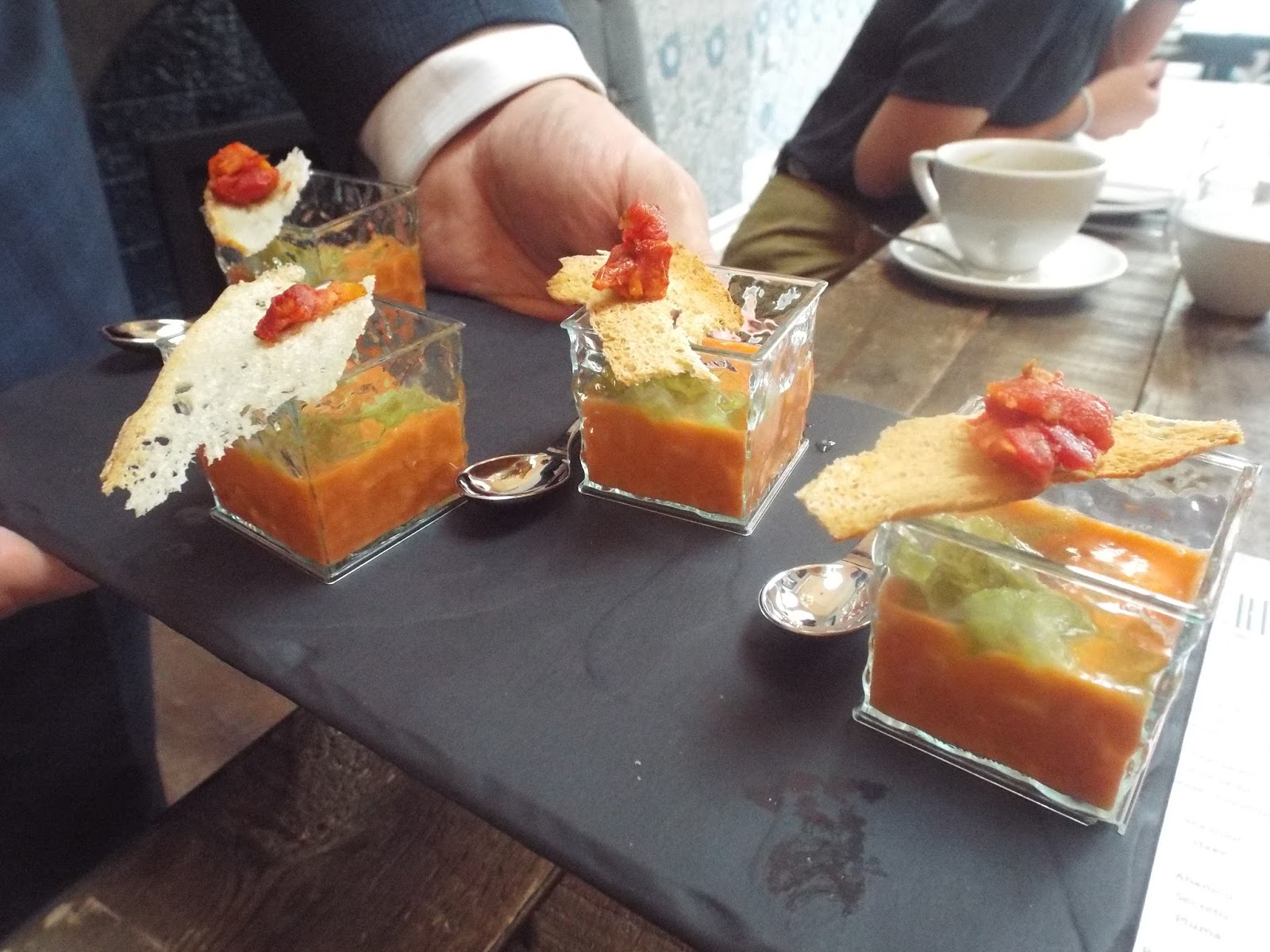 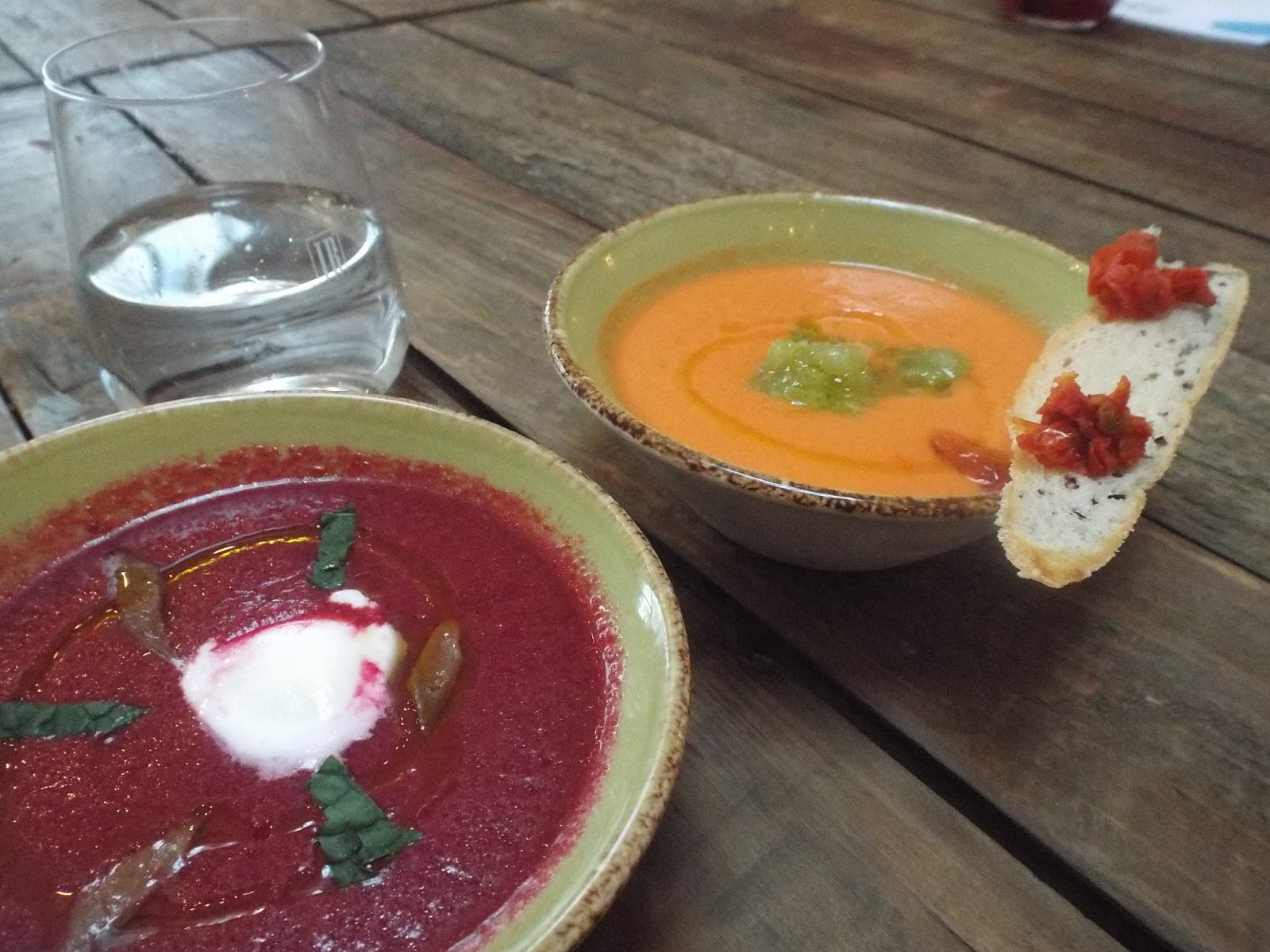 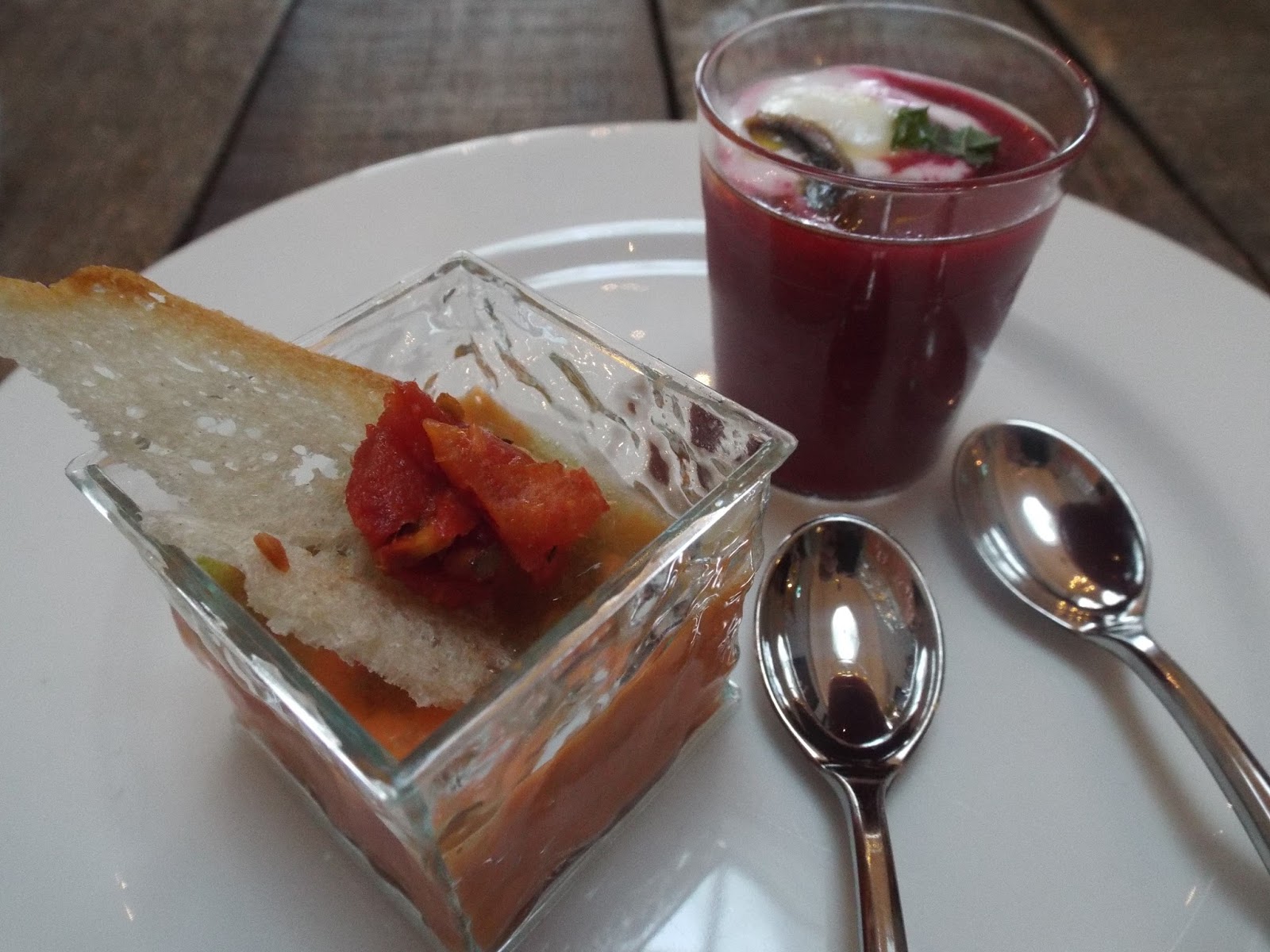 Next up on the menu was a choice of two salads, Foie salad and Pear, spinach and blue cheese salad. Again, they were introduced by the Head chef, which was a nice touch. Each of the salads were very tasty. It was difficult to choose a favourite out of the two. Although if I had to choose, the Foie salad would just edge it for me. It was definitely the best Foie gras I’ve tasted, simply melting in your mouth and went so well with the sweettness of the mango. The blue cheese, spinach and pear seemed to compliment each other really well. To complete the starter course, we were also brought cheese croquettes which very very mourish. 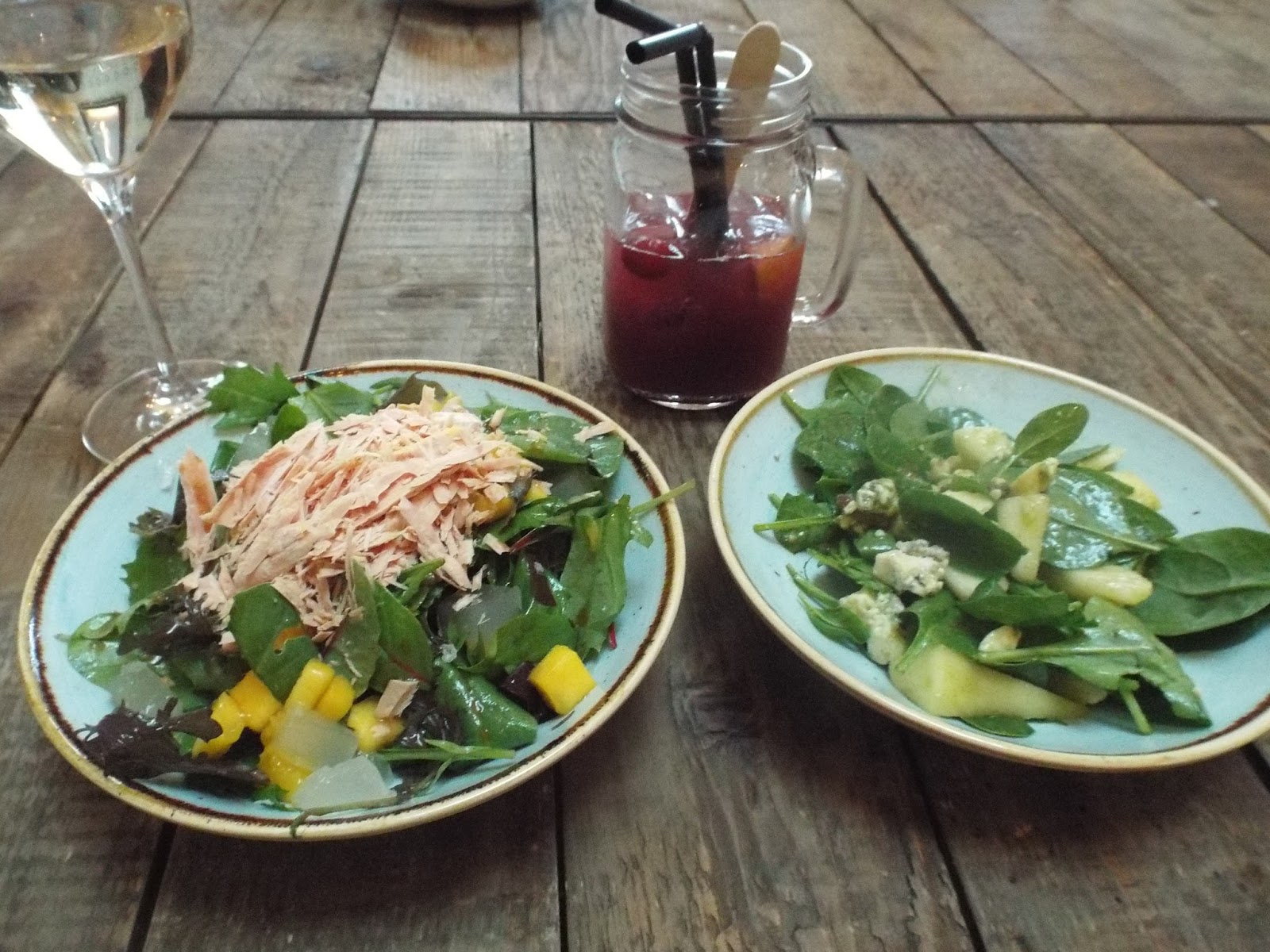 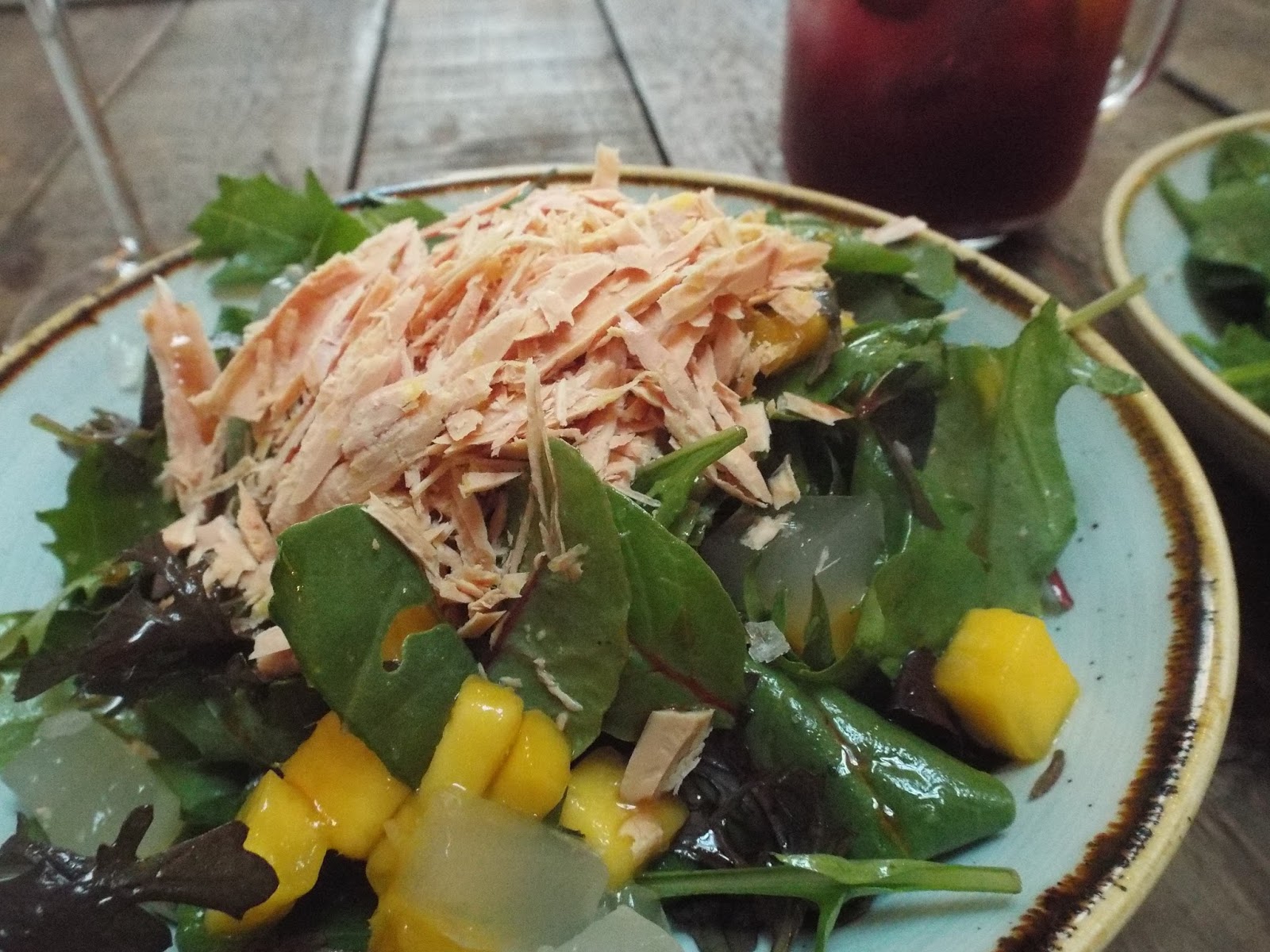 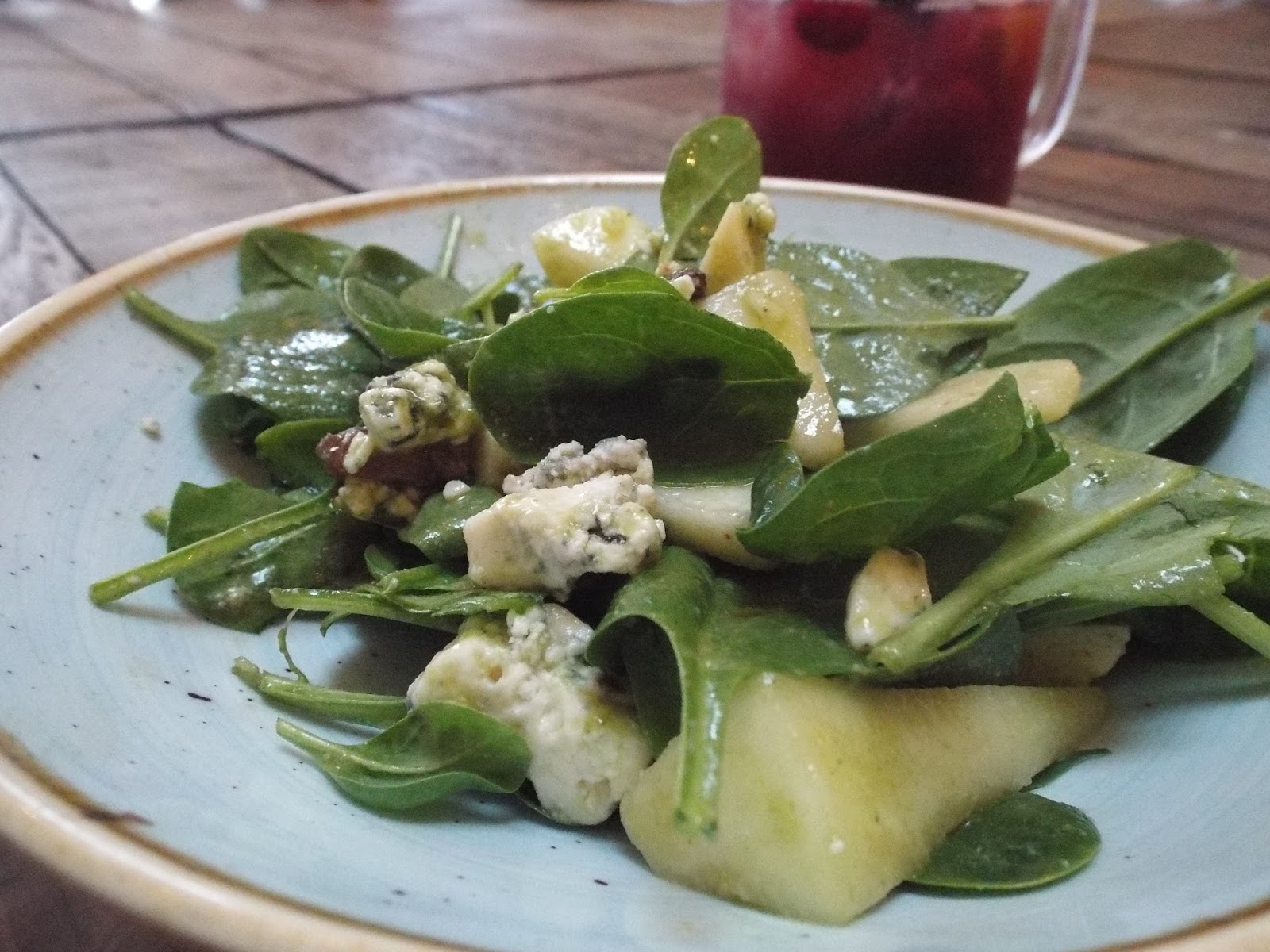 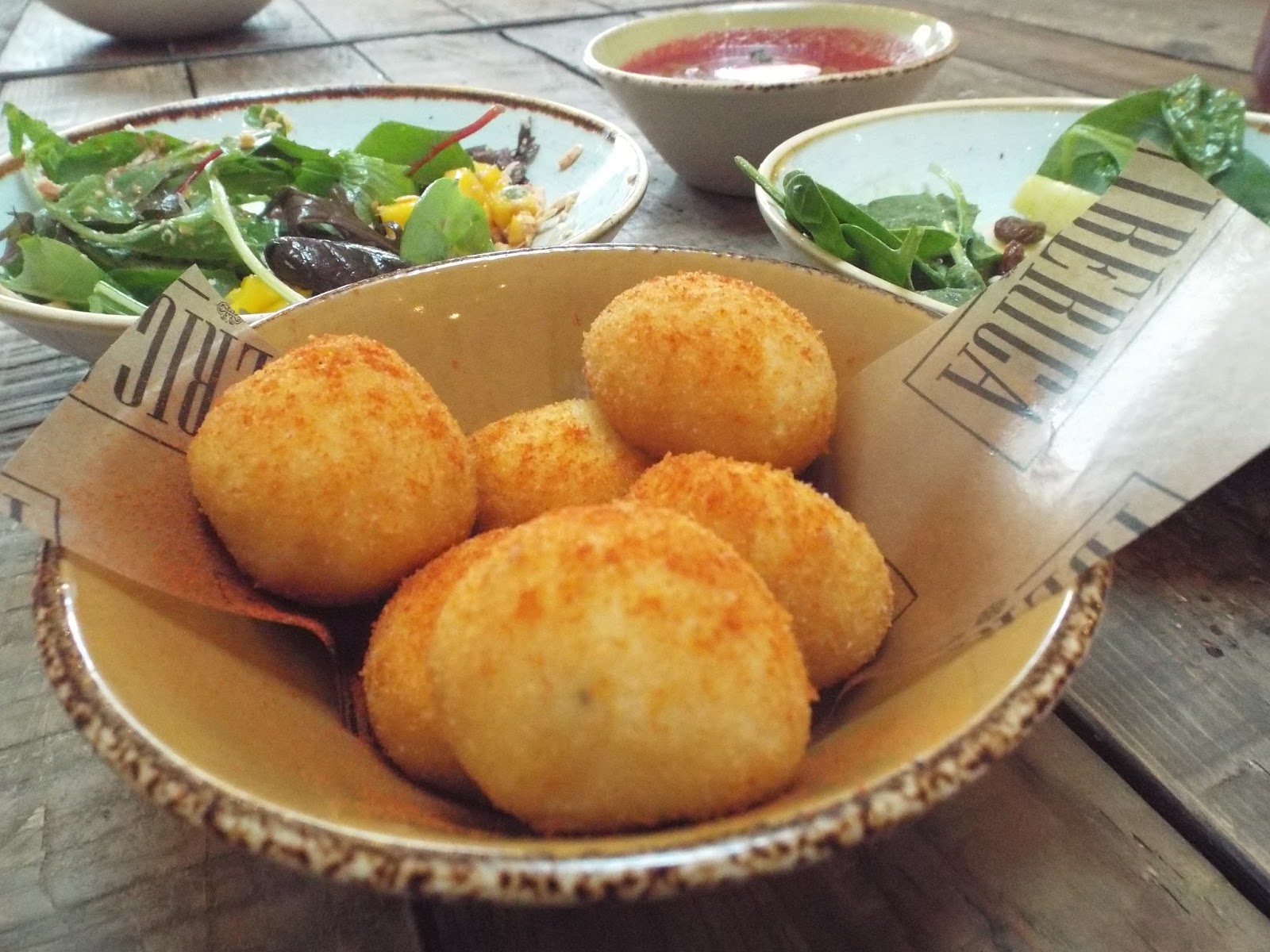 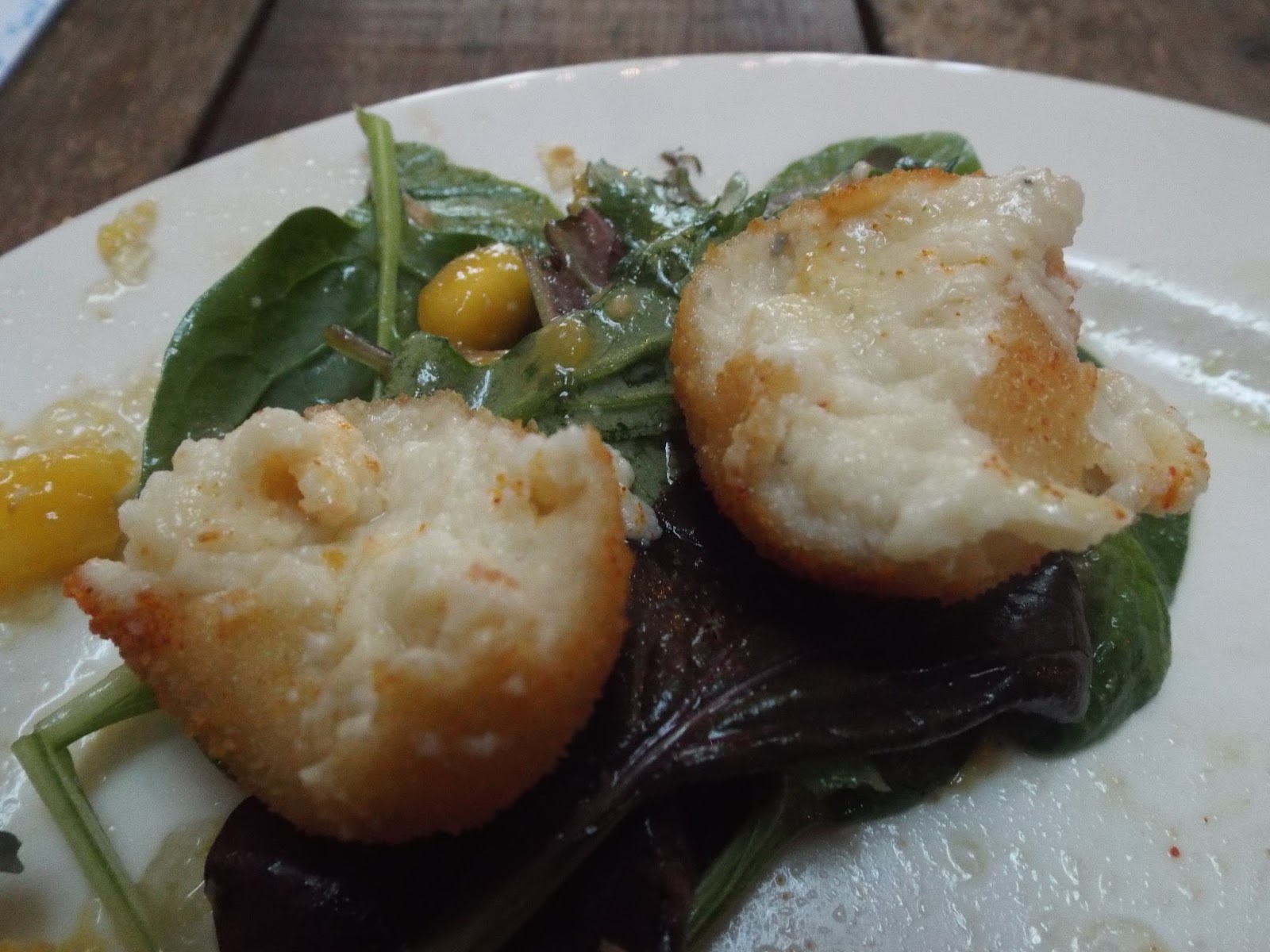 The wine that was selected to go with the dishes is exclusive to Iberica. The white wine was ‘Palacio de Canedo’, a crisp fruity wine that complimented the flavours of the starters well. We were then brought out the next course which was a choice of two dishes; Sea trout,  and Hake.  Again, the presentation and look of the dishes was impressive. I’m not the biggest fan of fresh fish dishes, however, both of these were enjoyable. The sea trout came with ajoblanco and pitu sauce and the Hake served with Hollandaise sauce. I preferred the lighter taste of the hake over the stronger tasting sea trout. 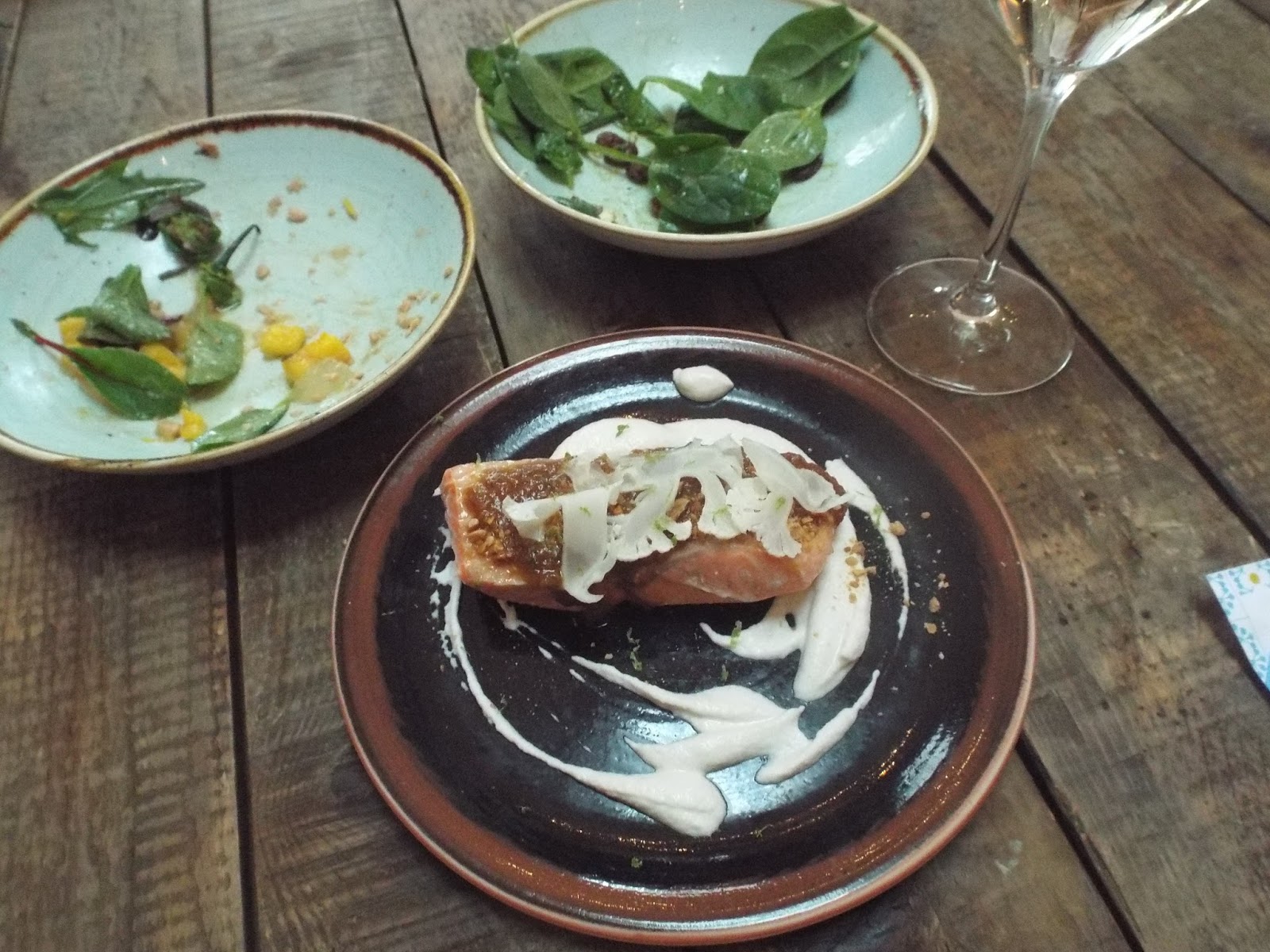 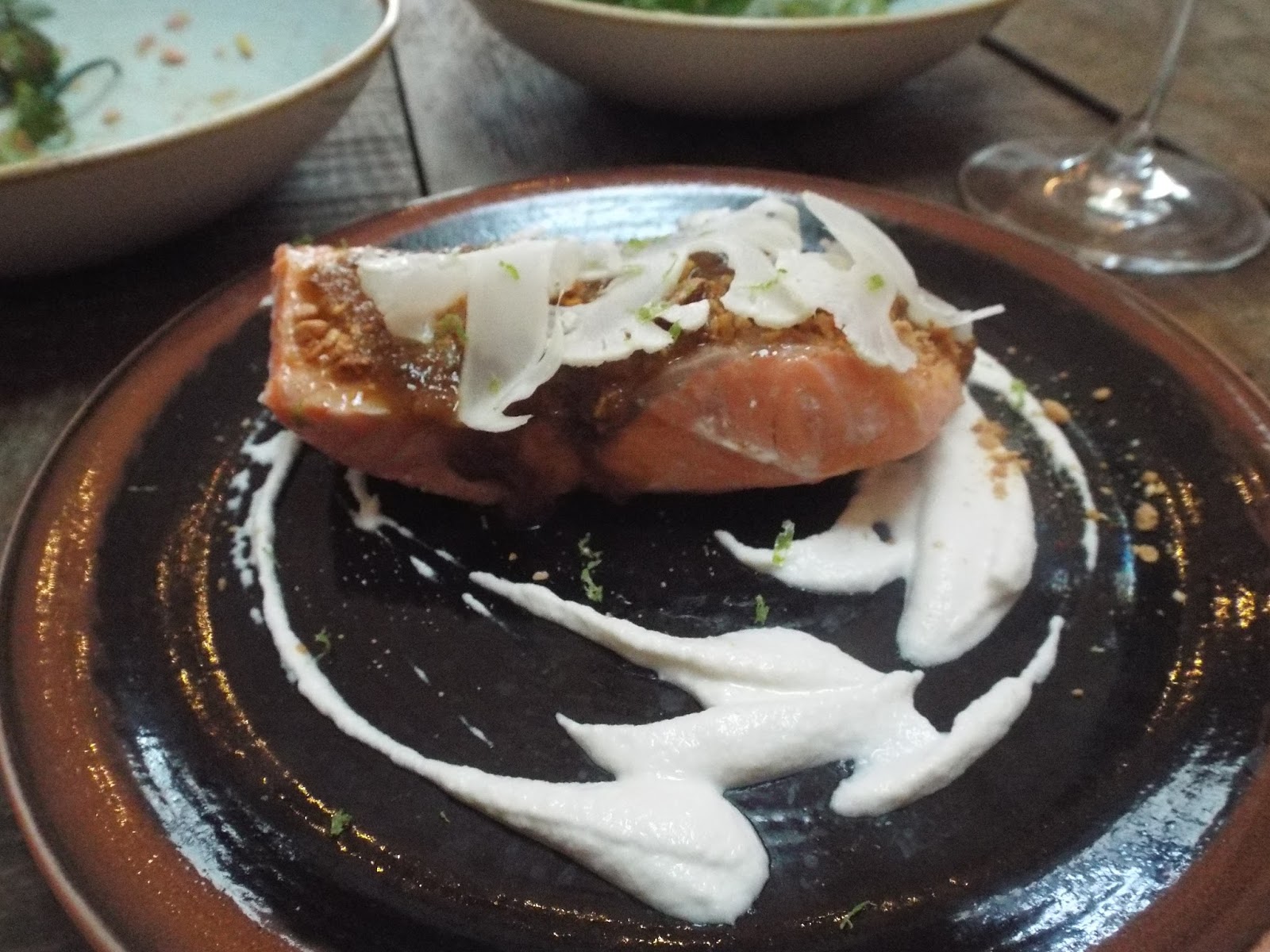 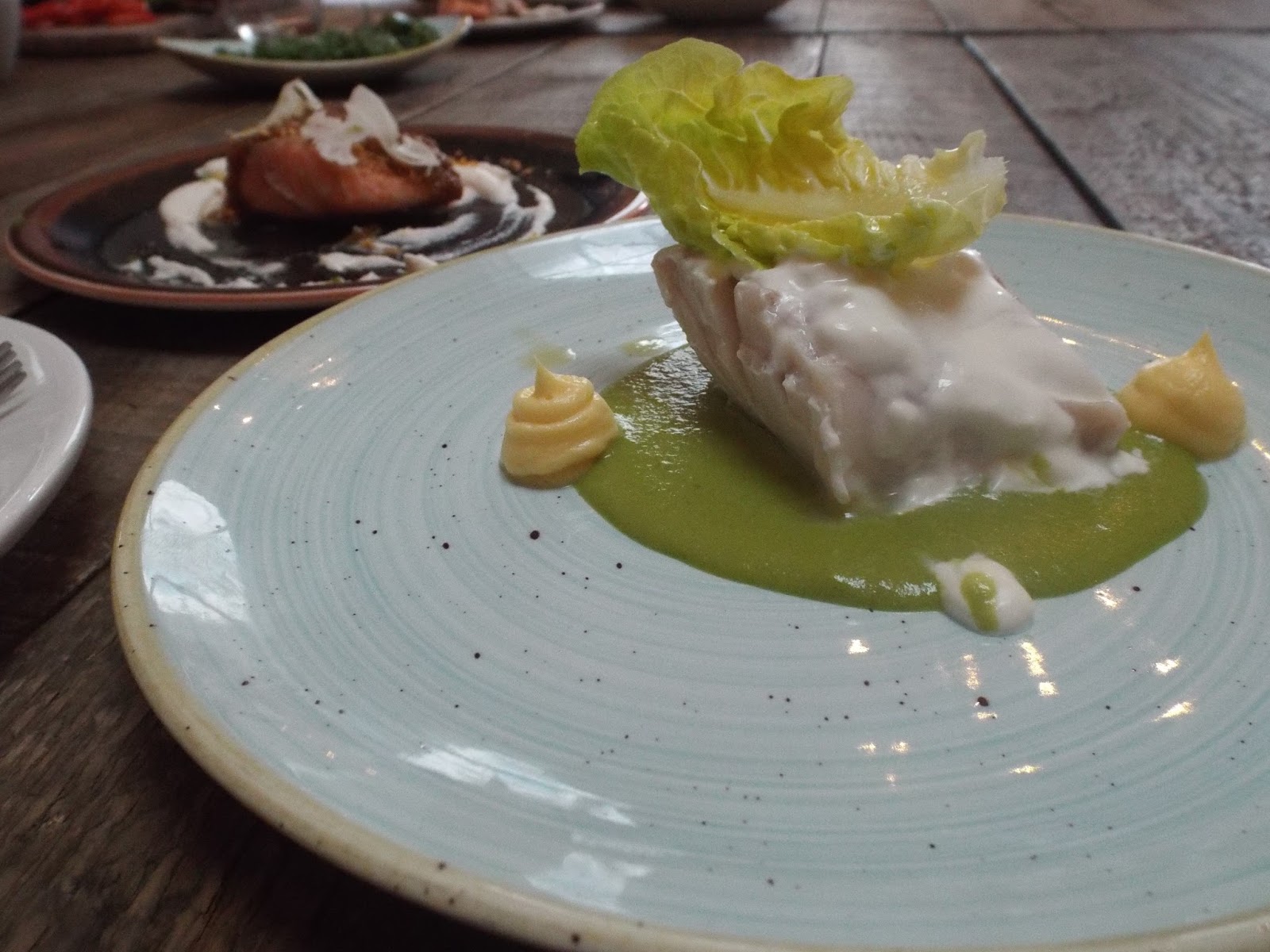 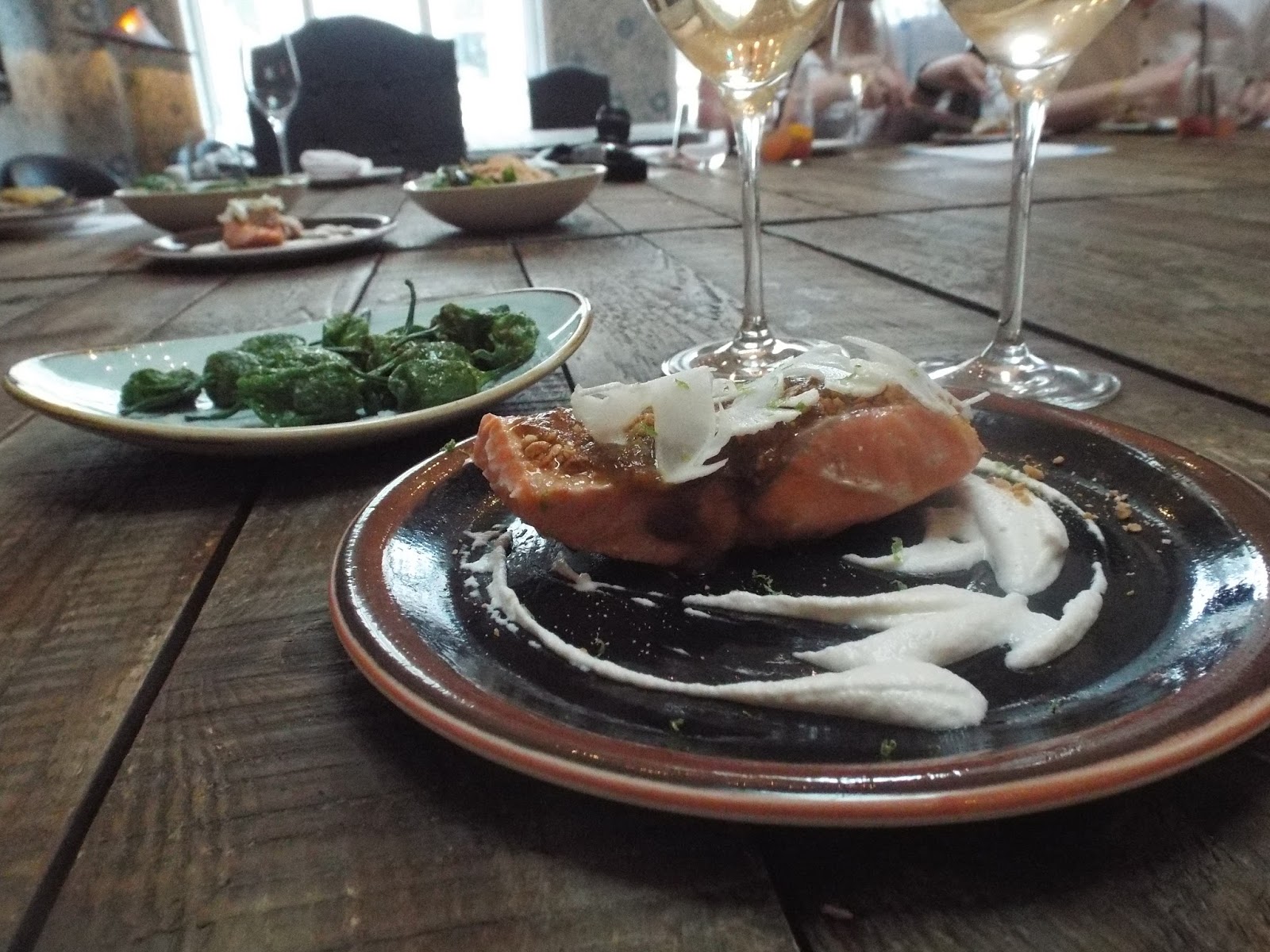 Next on the menu was a selection of dishes well suited for meat lovers like myself! After sampling all the lovely dishes we were feeling slightly full. But what true foodie could resist the next course?  A selection of 3 Iberico pork dishes, Albanico, Secreto and Pluma. All 3 of the choices were very succulent. To complete the main course, we also sampled the Rubia Gallega steak. This was accompanied by skinny chips, Cabrales sauce and Piquillo peppers. The Rubia Gallega is a breed of cattle native to Galicia in Spain. As the meat is dry cured, it provides for a very distinct flavour. It was cooked perfectly, being medium/rare in the middle, which is just as I like.  The red wine that was selected to go with these dishes was rich and complimented the meaty flavours well. 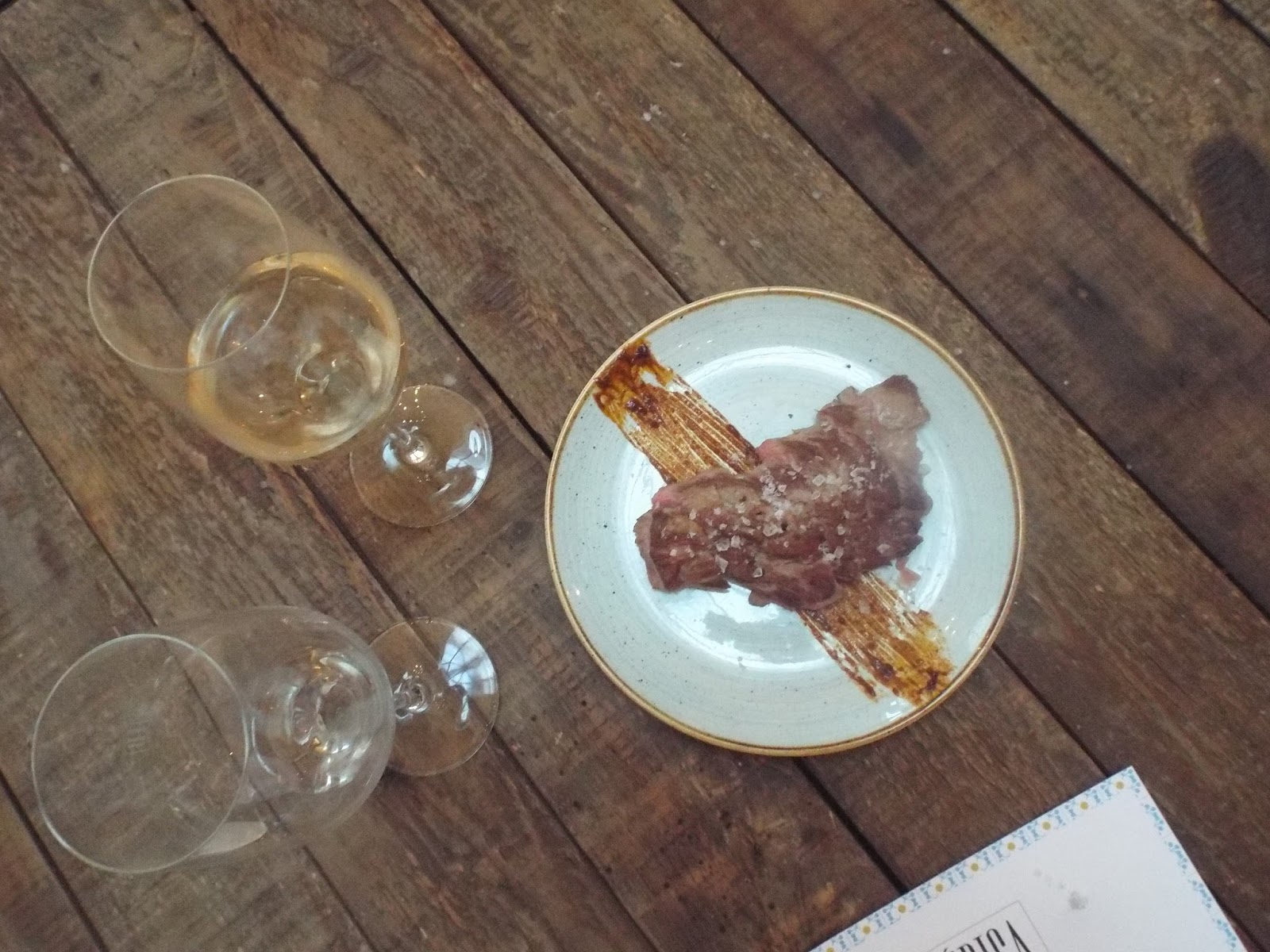 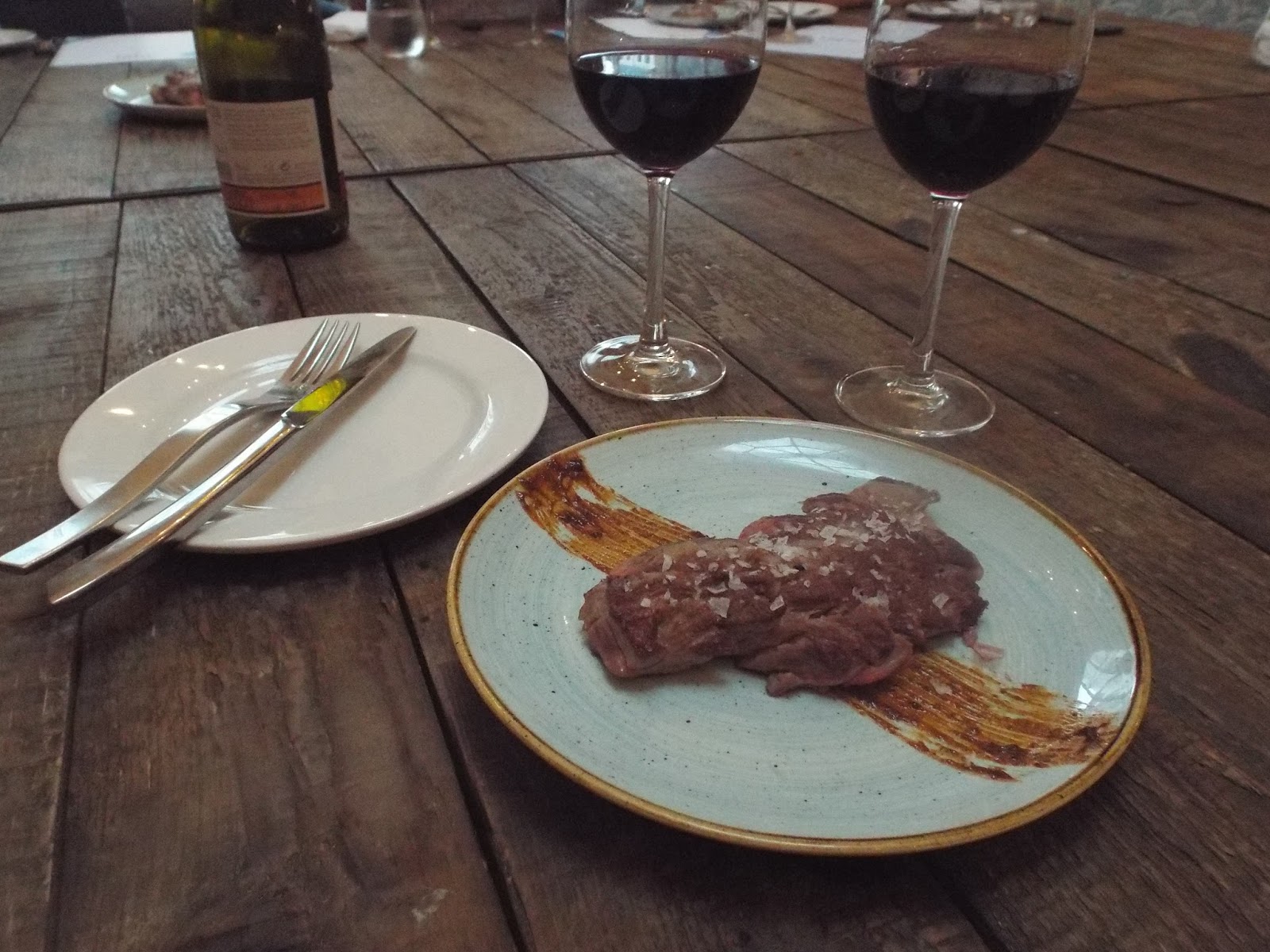 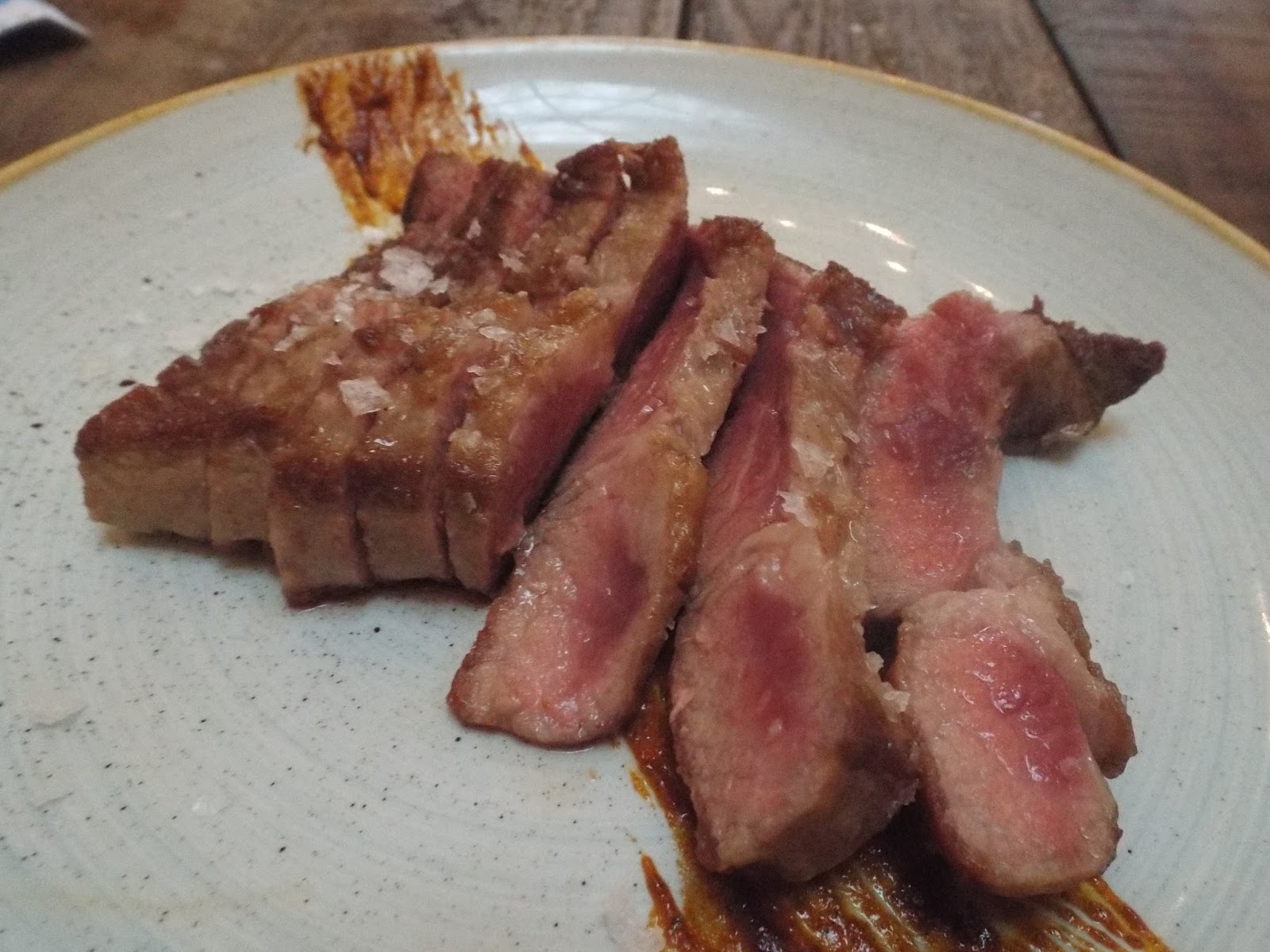 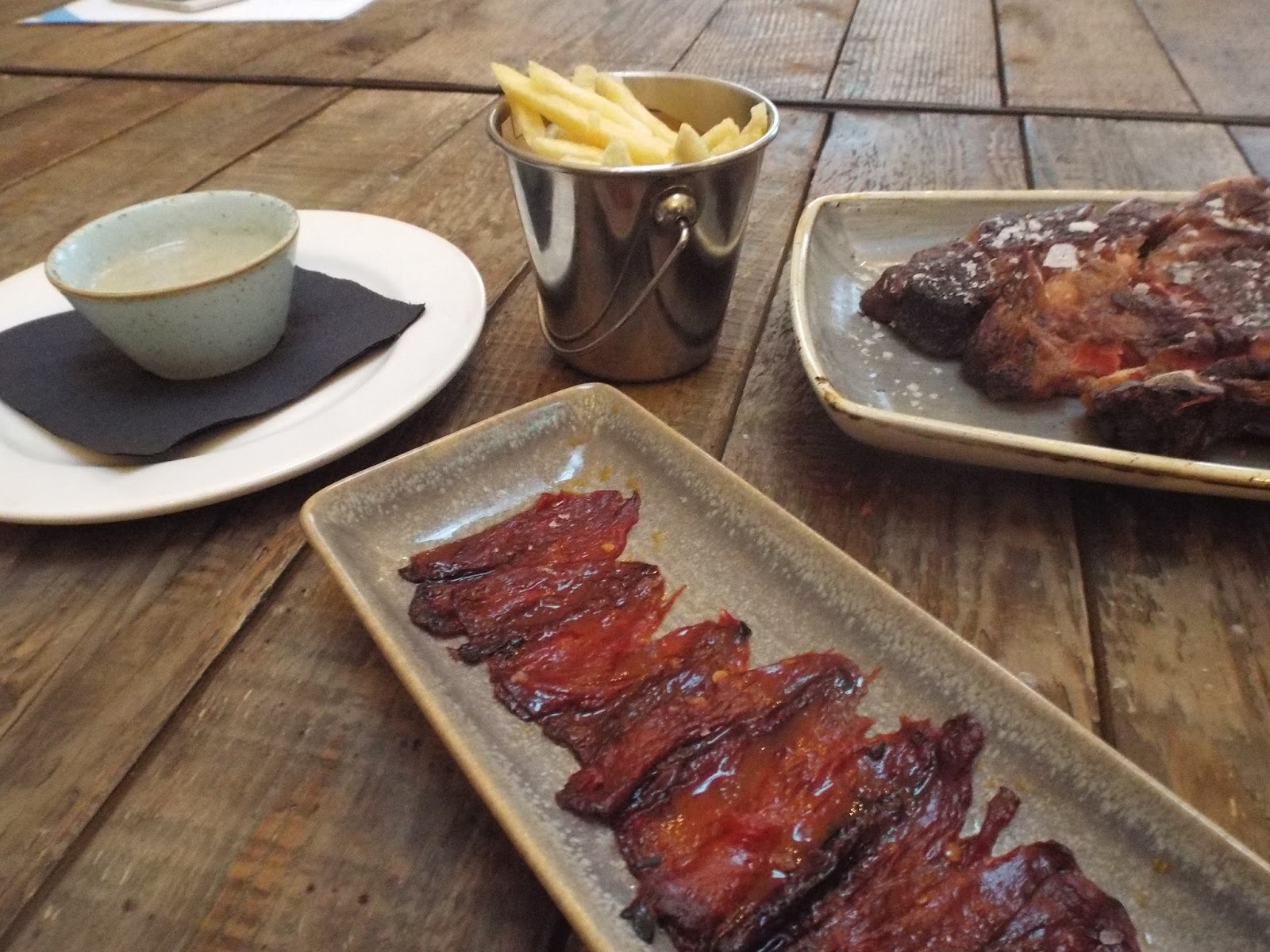 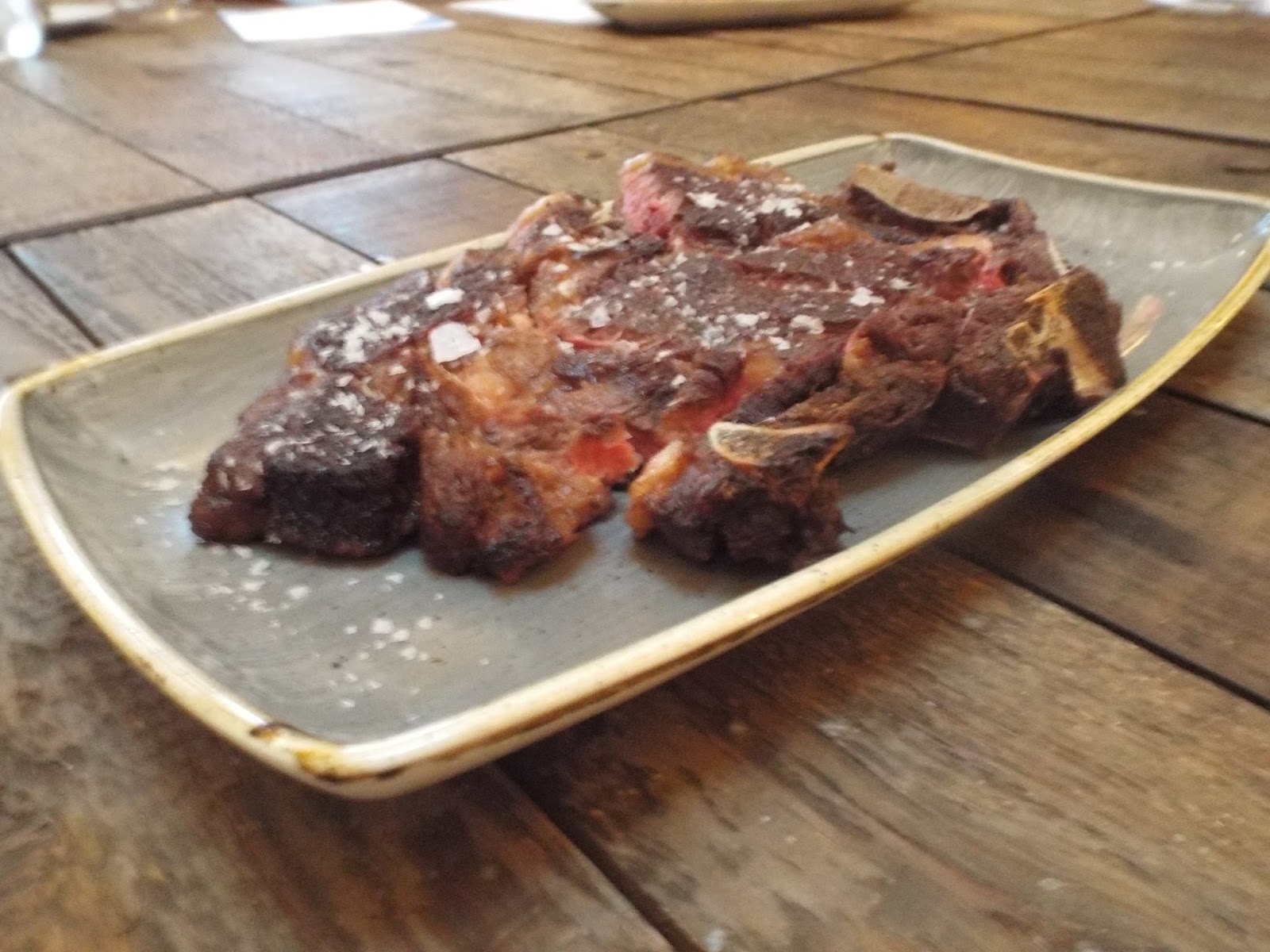 To complete the evenings menu, we were served a selection of Spanish desserts. On the menu was caramelised spanish rice pudding. This dessert was absolutely delicious and resembles my all time favourite, creme brulle. The second dessert we were served was La Tarta de la Abuela, which came with a biscuit crumble topping. It is a chocolate creme and vanilla creme anglaise, definitely one for the chocolate lover! These were matched with a sweet sherry, Casta Diva, which had a wonderful fruity aroma and went down very well with the desserts. 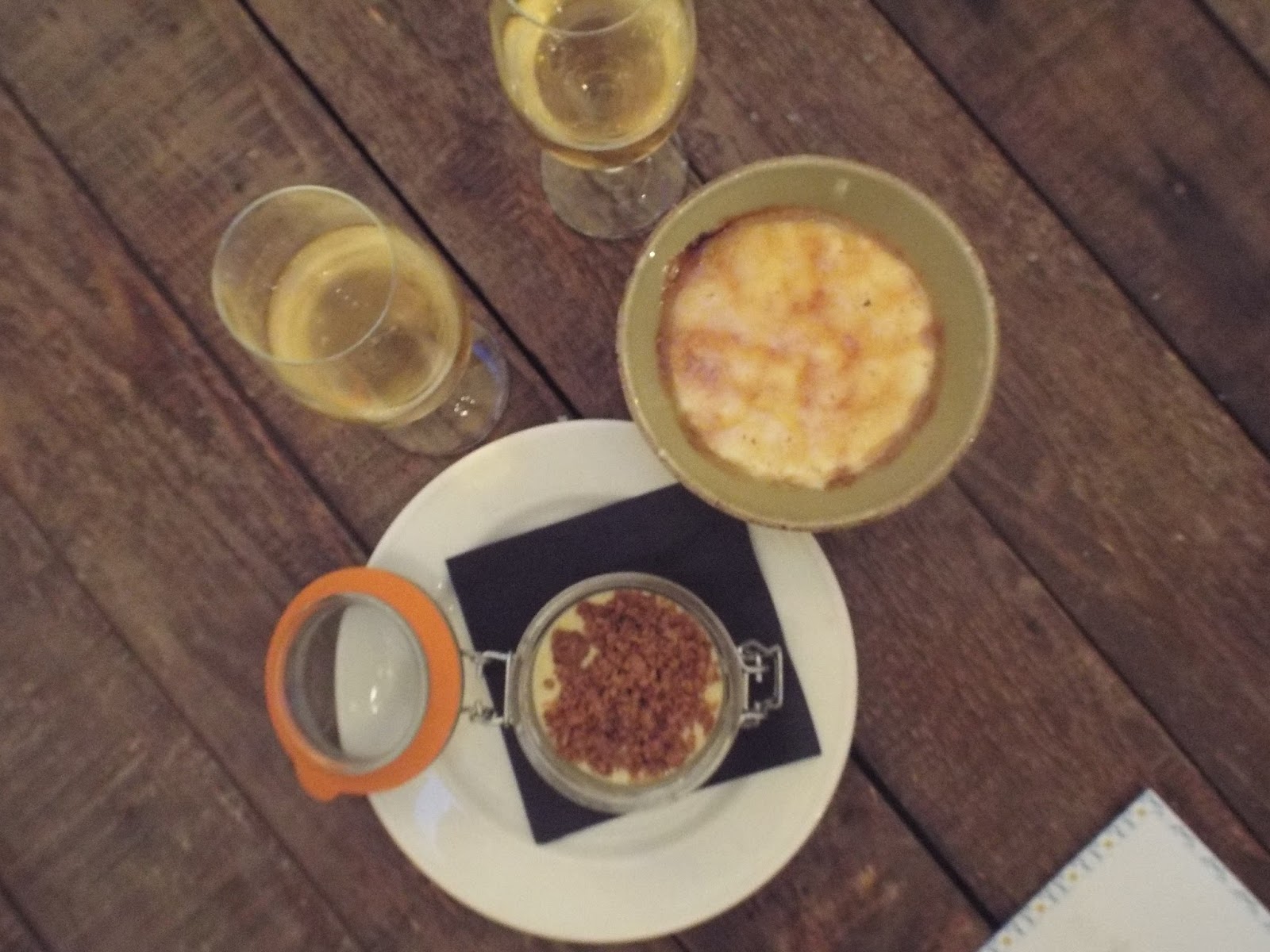 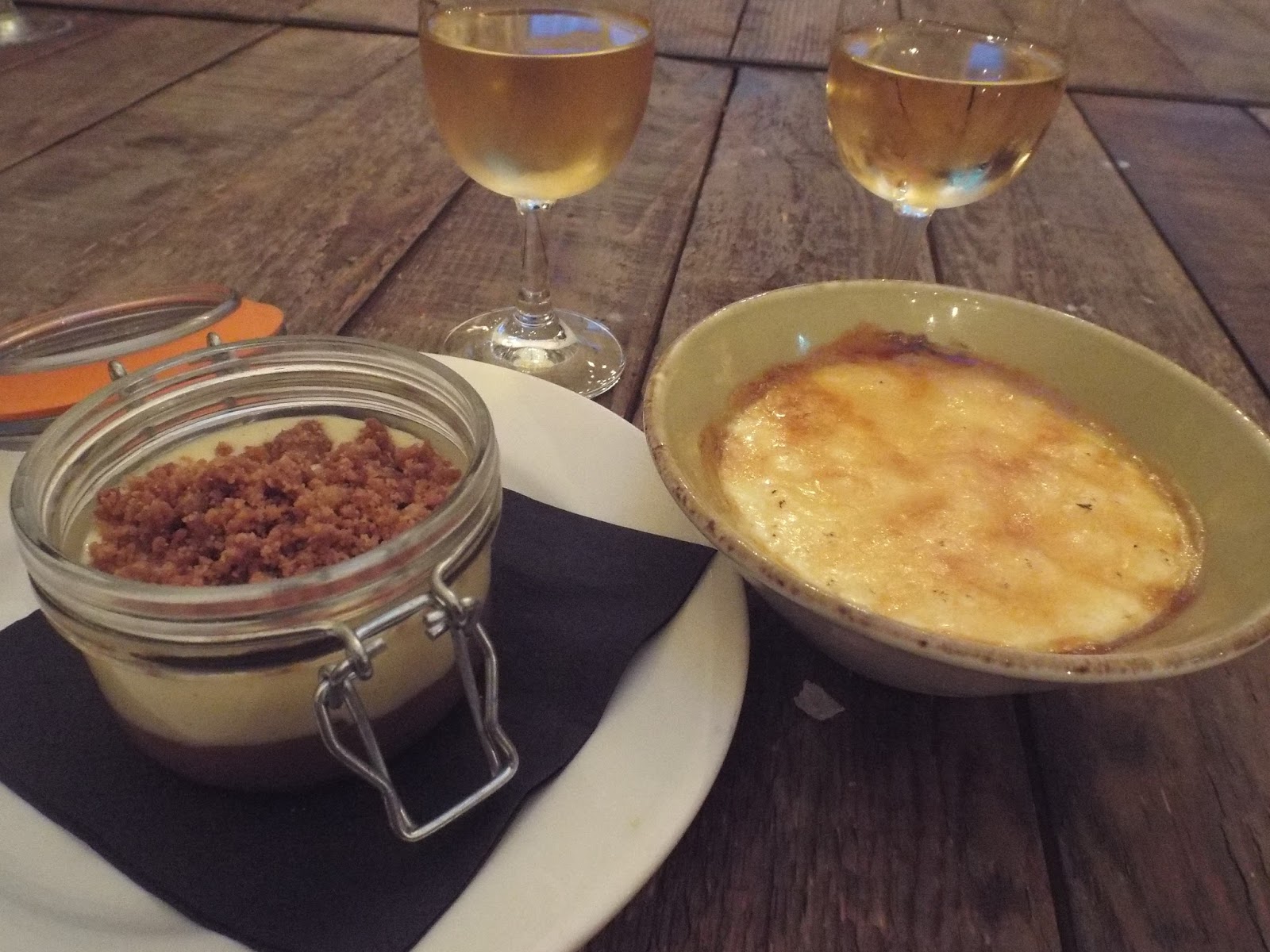 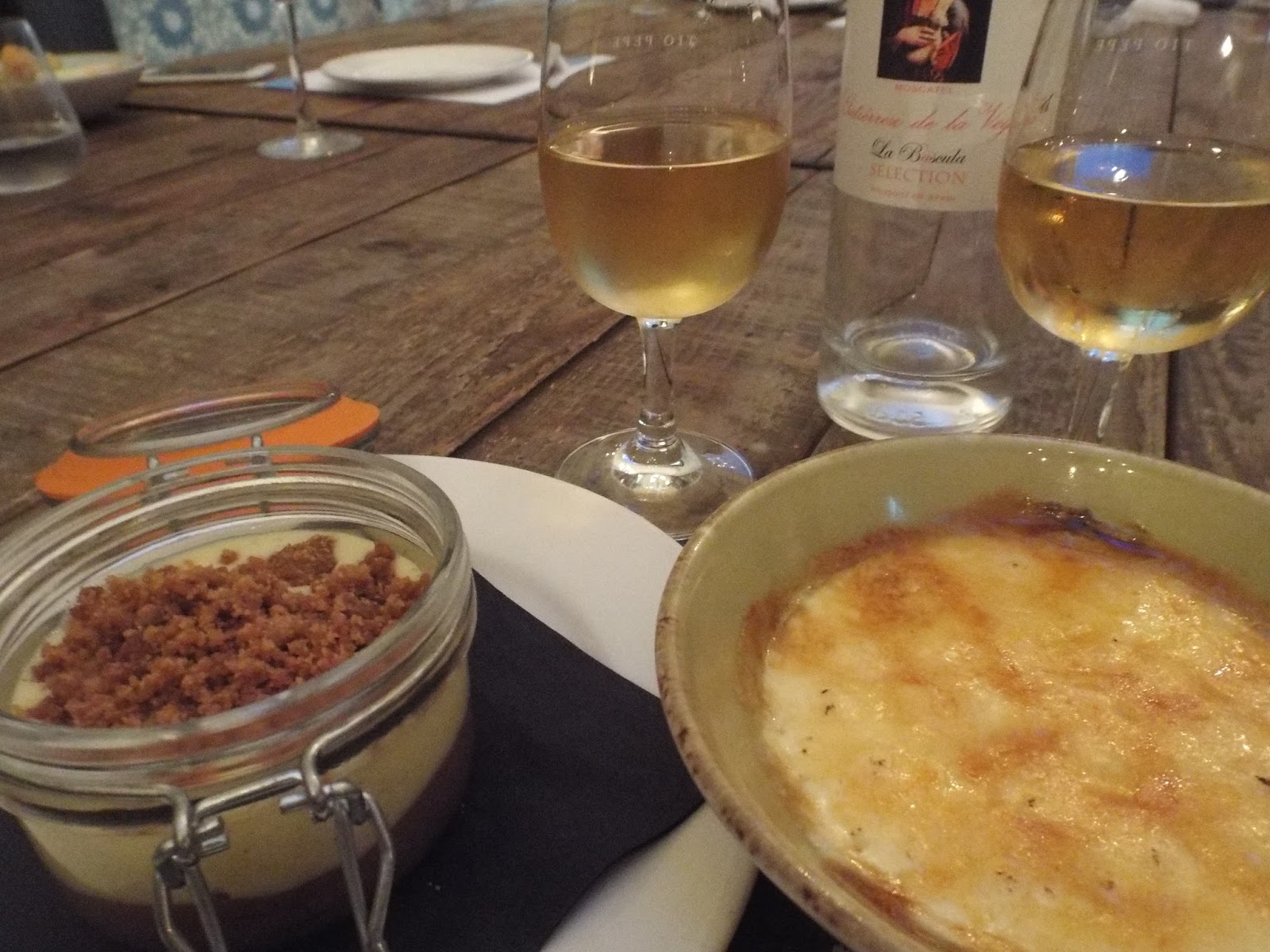 After dessert and having had chance for the amazing food and drink to settle, we were given lovely little goodie bags that contained a selection of items from Iberica’s in store Delicatessen. It also included a Spanish Porron which is a traditional glass wine pitcher, which is intended to be poured straight into your mouth (believe it or not)! I think I’ll need some practice at the pouring technique though! We were also given a tour of the bar, delicatessen and quirky toilets serving the main ground floor restaurant. Overall, I had a truly fantastic evening. The food, drink and service was excellent and had in great company! I would recommend this restaurant to anyone. I for one, will definitely be going back.